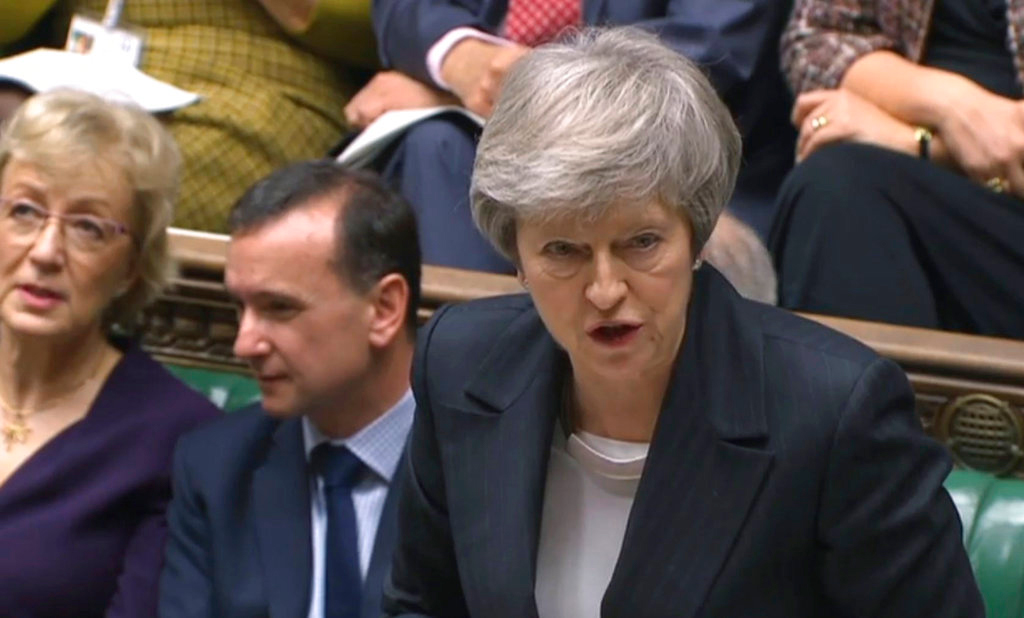 Theresa May’s chances of getting her Brexit deal through Parliament on December 11, which were never bright, looked pretty much hopeless on Tuesday, when even Tories joined Labour and other parties in inflicting three consecutive defeats on her government.

In a dramatic day in the Commons, which will no doubt be turned into a BBC play 10 or 20 years from now, the Mother of Parliaments sent out an important signal to the Lok Sabha and other elected legislatures throughout the world by reasserting its supremacy over the government.

In perhaps the most damaging defeat, the government was held to be in contempt of Parliament by 311 votes to 293 because of its failure to release the full text of the legal advice it received from the attorney- general Geoffrey Cox on how the withdrawal agreement affected the status of Northern Ireland.

One Guardian reader was withering the attorney: “Mr Cox reminds me of Roderick Spode 3rd Earl of Sidcup from PG Wodehouse’s Jeeves.”

Nothing like this has happened since the 1970s. The suspicion is that the government wanted to publish only a summary of the attorney’s advice because it was not helpful to the Prime Minister’s cause.

Labour pointed out that because of an earlier Commons ruling, the government was duty bound to release the legal advice it had received in its entirety. It has now undertaken to do so.

The first defeat, by 311 votes to 307, came when the government said it wanted to refer Labour’s demand it publish the attorney’s advice in full to a privileges committee consisting of senior MPs.

The Prime Minister suffered a further setback, by 321 votes to 299, came when a Tory MP and former attorney-general, Dominic Grieve, successfully tabled a motion that if May’s withdrawal was rejected on December 11, it would be for parliament to decide what happened next.

But May has ruled out a second referendum and also said that the EU will not renegotiate the deal to offer better terms. The hattrick of defeats was inflicted on the government even before the Prime Minister had entered the chamber to launch five days of debate on the Brexit withdrawal agreement and political declaration agreed with the EU.

As expected the attorney- general’s advice, which the government was compelled to publish in full on Wednesday, confirmed fears that the UK could not withdraw from the Northern Ireland “backstop” arrangement with the EU, without the latter’s agreement. It risked a “stalemate” and “protracted rounds” of negotiations, Cox’s letter said.

The “current drafting” of the backstop “does not allow for a mechanism that is likely to enable the UK to lawfully exit the EU customs union without a subsequent agreement.

According to the Guardian, her speech sounded to some at Westminster “like a first draft of her own political obituary” — even though her resignation is not expected.

The page one headline in the Brexit-supporting Daily Telegraph on Wednesday screamed: “The day May lost control.” The strap added: “Three defeats humiliate the PM. Government is found in contempt. Parliament seizes the reins of Brexit.”

There was both passion and emotion in May’s statement: “I have spent nearly two years negotiating this deal. I have lost valued colleagues along the way. And faced fierce criticism from all sides.

“If I had banged the table, walked out of the room and at the end of the process delivered the very same deal that is before us today, some might say I had done a better job. But I didn’t play to the gallery, I focused on getting a deal that honours the referendum and sets us on course for a bright future — and I did so through painstaking hard work.

“I never said this deal was perfect, it was never going to be. That is the nature of a negotiation.”

“We should not let the search for a perfect Brexit prevent a good Brexit... I promise you today that this is the very best deal for the British people and I ask you to back it in the best interest of our constituents and our country.”

There are those who believe Brexit will bring back the glory days of a sunlit empire.

But David Lammy, a black Labour MP who wants a second referendum slammed hardline Brexiteers: “When those on the other side of this debate say that they want ‘Empire 2.0’, let us ask what does that mean? What was imperialism, what was colonialism?

“At its worst the British Empire was exploitation and subjugation, moral superiority that led to putting humans in shackles, the oppression of black and brown people because this country thought it knew best, those countries once coloured pink on the globe were not won in negotiations, they were taken by force. Today we need to build a new image of Britain, one that brings this country together after years of division.”