Couple had been married for 24 years and had four children 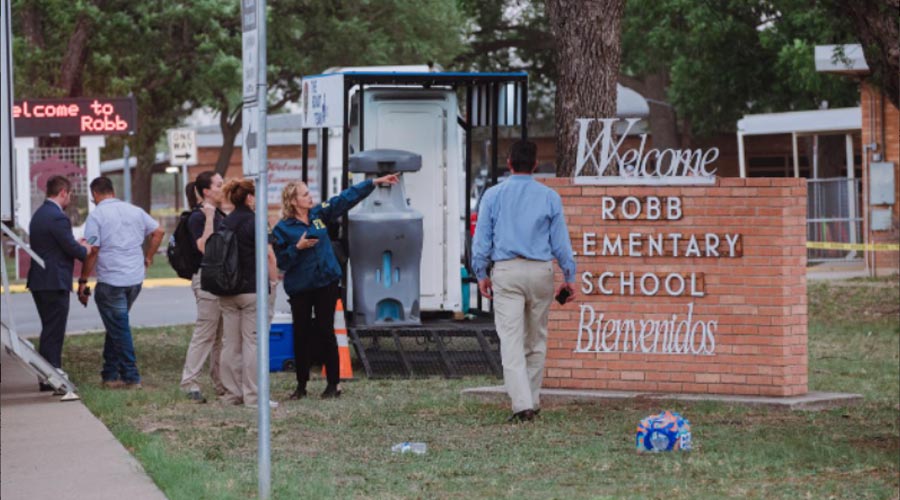 Joe Garcia, the husband of Irma Garcia, one of the two teachers killed in the massacre at Robb Elementary School in Uvalde, Texas, died on Thursday of a heart attack, said his nephew John Martinez.Garcia, 50, had visited his wife’s memorial on Thursday morning to drop off flowers.

When he got back home, he “pretty much just fell over”, Martinez said.

The couple had been married for 24 years and had four children, with the oldest 23 and the others teenagers.Garcia had been stricken with grief after he lost his wife, Martinez said. “I’m really in shock right now,” he added.Garcia, a teacher for more than two decades, was known as a steadfast optimist in her family. She would crack jokes at gatherings and sing her favourite classic rock tunes during parties, Martinez said.

“She’s always been optimistic about everything and just so loving with the people in her life,” said Martinez, 21, a student at Texas State University.When the authorities went inside the classroom moments after the shooting, Martinez said, they “found her body there, embracing children in her arms pretty much until her last breath”.Married for 24 years, the couple shared four children. The oldest, Cristian, is serving in the Marine Corps as his brother, Jose, attended Texas State University. Their eldest daughter Lyliana is a high school sophomore, while her younger sister is a seventh grade student.Martinez told The Detroit Free Press that the family was struggling to grasp that while Garcia’s son trained for combat, it was his mother who was shot to death.

“Stuff like this should not be happening in schools,” he said.

“It’s wrong. It’s not OK.”The Garcias loved to barbecue, 48-year-old Irma wrote in an online letter to her students at Robb Elementary. Irma enjoyed listening to music and taking country cruises to Concan, a community along the Frio river about 40.23km north of Uvalde. The school year, scheduled to end on Thursday, was Irma’s 23rd year of teaching — all of it at Robb Elementary.