They asserts such terrorist outfits can operate on Pakistan's soil 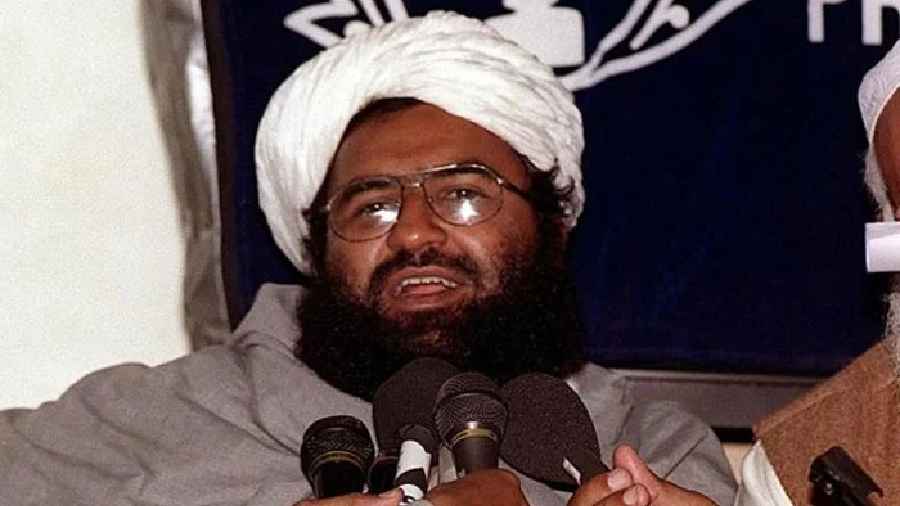 Afghanistan's Taiban government on Wednesday firmly rejected media reports about the presence of Jaish-e-Mohammad (JeM) chief Masood Azhar in the war-torn country, saying such terrorist organisations can operate on Pakistan's soil - and even under official patronage.

The Taliban-led interim Afghan government spokesperson Zabihullah Mujahid made the strongly-worded remarks after a section of Pakistani media reported about Azhar's alleged presence in Afghanistan. They claimed that Pakistan has also sent a letter with demand to hand him over to Islamabad.

"We have written a one-page letter to the Afghan foreign ministry, asking them to locate, report and arrest Masood Azhar, as we believe that he is hiding somewhere in (eastern Nangarhar province) Afghanistan, The News reported on Tuesday, quoting a top Pakistani foreign ministry official.

Mujahid in an interview with Afghanistan's ToloNews said that he has seen the news in the media. "But this is not true. Nobody has made such a demand from us, Mujahid said.

"Jaish-e-Mohammad chief is not in Afghanistan. Such organisations can operate on Pakistan's soil and even under official patronage," Mujahid said. "We'll not allow anyone to use Afghanistan's soil against any other country."

Azhar is a fugitive released by India in exchange for passengers of the hijacked Indian Airlines plane IC-814 in 1999. He was serving a prison term in India for kidnappings of Western tourists in the country.

After his release in 1999, Azhar formed the JeM and scripted many audacious terror strikes in India.

Pakistan has banned the JeM which is accused by India of several terrorist attacks, including the Pulwama attack in February 2019, which brought Pakistan and India to the brink of a nuclear exchange.

In May 2019, the United Nations designated Azhar a "global terrorist" after China lifted its hold on a proposal to blacklist the Pakistan-based JeM chief, a decade after New Delhi approached the world body for the first time on the issue.

The UN committee listed Azhar on May 1, 2019 as being associated with Al-Qaeda for "participating in the financing, planning, facilitating, preparing, or perpetrating of acts or activities by, in conjunction with, under the name of, on behalf of, or in support of", "supplying, selling or transferring arms and related material to", "recruiting for", "otherwise supporting acts or activities of", and "other acts or activities indicating association with" the JeM.

JeM terror: Man held in UP