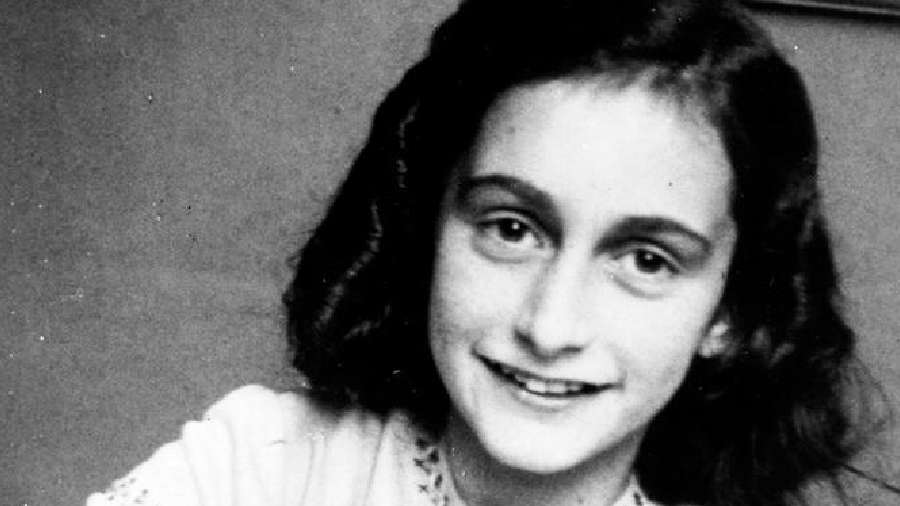 Anne Frank has been long-viewed as a symbol of the extent of Nazi Germany's atrocities against Jews.
Deutsche Welle
Deutsche Welle   |   Published 17.10.22, 10:09 AM

An Instagram story critical of Jewish teenage diarist Anne Frank has stirred wide controversy, and caused the far-right Sweden Democrats party to suspend the official who posted it.

Rebecka Fallenkvist, the 26-year-old head of the Sweden Democrats' television programming, described Anne Frank as "immoral" in an Instagram story that was later deleted.

The leader of the party, Jimmie Akesson, was also quick to condemn Fallenkvist, describing her post as a "reprehensible way to express yourself."

Anne Frank has long been presented as a symbol of the extent of Nazi Germany's atrocities against Jews. She died at the tender age of 15 at the Bergen-Belsen concentration camp, where she had been transferred along with her sister after living and hiding in Amsterdam.

Her diary was later published by her father Otto Frank in 1947, and is one of the foremost accounts of Jewish life under the Nazis.

What did the Swedish party official say?

A screenshot of what appeared to be an Instagram story by Fallenkvist on Anne Frank was widely circulated on social media. The story showed a photo of a book with Anne's picture on the cover.

Among those who shared and condemned the screenshot was the Israeli ambassador to Sweden. Ambassador Ziv Nevo Kulman described the story as a "despicable insult" and "disrespectful to the memory of Anne Frank."

I strongly condemn
this despicable insult, disrespectful of the memory of Anne Frank. It comes in sharp contrast to #Sweden’s efforts to preserve the memory of the #Holocaust. Unfortunately, there are many more bad weeds that must be uprooted. pic.twitter.com/ircMIVWbQ8

Fallenkvist addressed the controversy in a text message to the Swedish newspaper Dagens Nyheter, saying she had been misinterpreted.

She said she was trying to portray in her story how the book depicted the "human good and evil."

"The good Anne, who in the first chapters is like any other young girl living her life in peace and finding an interest in boys (which I highlighted), is contrasted with the evil of Nazism. My story was aimed at the good and human in Anne while not playing down the evil to which she was subjected."

The Sweden Democrats' party was founded in the 1980s by members among whom were neo-Nazis, and other right wing-extremists. This year, the party won the second most seats in Sweden's election.

On Friday, the Swedish Moderates leader Ulf Kristersson said his party had reached a deal with the Christian Democrats and the Liberals to form a minority coalition government.

The anti-immigration Sweden Democrats has agreed to support the government's formation but will not be a part of it.

Who was Anne Frank?

In 1933, Anne Frank and her family fled from Germany to the Netherlands to escape the Nazis. Upon the outset of World War II, she had to go into hiding under the German occupation. For two years, she lived concealed in the secret annex of a house in Amsterdam. During this period Anne wrote in her diary almost every day. It became a kind of friend to her, and she called it Kitty. "What I like the most is that I can at least write down what I think and feel, otherwise I would completely suffocate," she penned.

Anne Frank and her sister were taken from Auschwitz to Bergen-Belsen on October 30, 1944. More than 70,000 people died in this concentration camp. Anne and Margot Frank were among those who died there from typhus, at an unknown date in March 1945. Anne was just 15 years old.

Her great dream was to become a writer. Thanks to her father, her diary was published on July 25, 1947.