The US Geological Survey said the 6.4-magnitude quake had an epicenter 30 kilometers northwest of the capital, Tirana 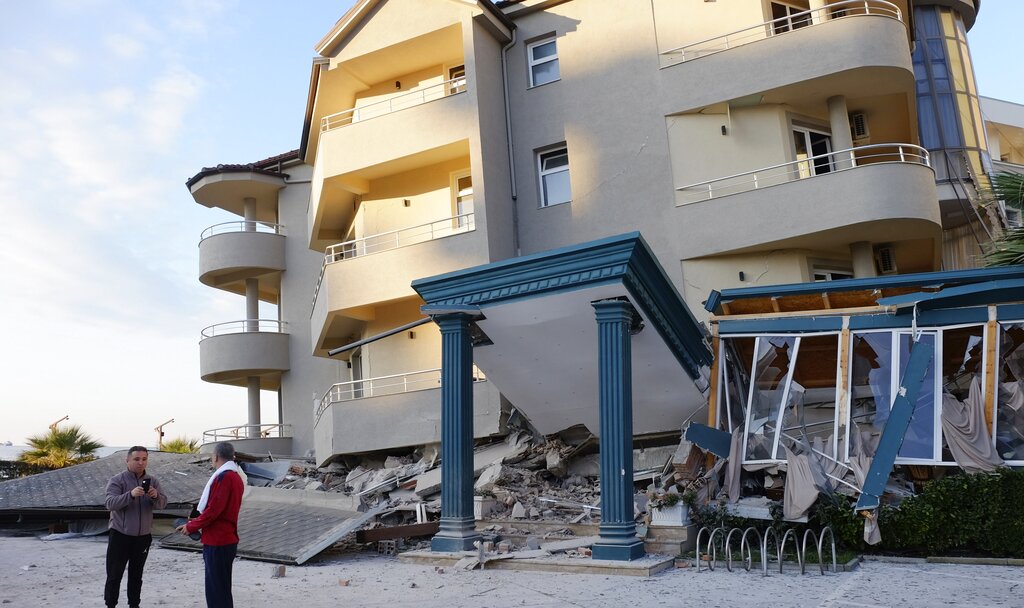 The US Geological Survey said the 6.4-magnitude quake, which struck just before 4am local time, had an epicenter 30 kilometers northwest of the capital, Tirana, at a depth of 20 kilometers. Scores of aftershocks included three with preliminary magnitudes of between 5.1 and 5.4.

The quake collapsed at least three apartment buildings while people slept, and rescue crews were working to free people believed trapped. There was no indication as to how many people might still be buried in the rubble.

Albanian President Ilir Meta said the situation in the town of Thumane, closest to the epicenter, was 'very dramatic.'

'All efforts are being made to take the people out of the ruins,' he said, and called on the cabinet to request international assistance.

Prime Minister Edi Rama said neighboring countries, the European Union and the United States had offered to send assistance. Rama said he had spoken to his Italian, Greek and Turkish counterparts and with the EU and US embassies in Tirana.

The bodies of three people were removed from a collapsed building in the coastal city of Durres, 33 kilometers (20 miles) west of the capital Tirana, the defense ministry said. Another two people were found dead and removed from the rubble of a building in Thumane, while one person died after jumping from his home to escape shaking from the quake in Kurbin, 50 kilometers north of the capital.

All government agencies are on alert and 'intensively working to save lives at the fatal spots in Durres and Thumane,' Rama said.

'It is a dramatic moment where we should preserve calm, stay alongside each other to cope with this shock,' he wrote on his Facebook page.

The quake was felt along the Albanian coast.

Authorities reported scores of aftershocks and called on people in the most affected areas to stay out of their homes and avoid driving in the affected areas to allow emergency vehicles free access. Many reported seeing cracks in their apartment walls.

At least three apartment buildings and the power distribution station were damaged in Thumane.

An earthquake in September in roughly the same area damaged hundreds of homes.