Gotabaya Rajapaksa, who critics blame for financial crisis for having given key posts to relatives, has been under prolonged pressure to step down 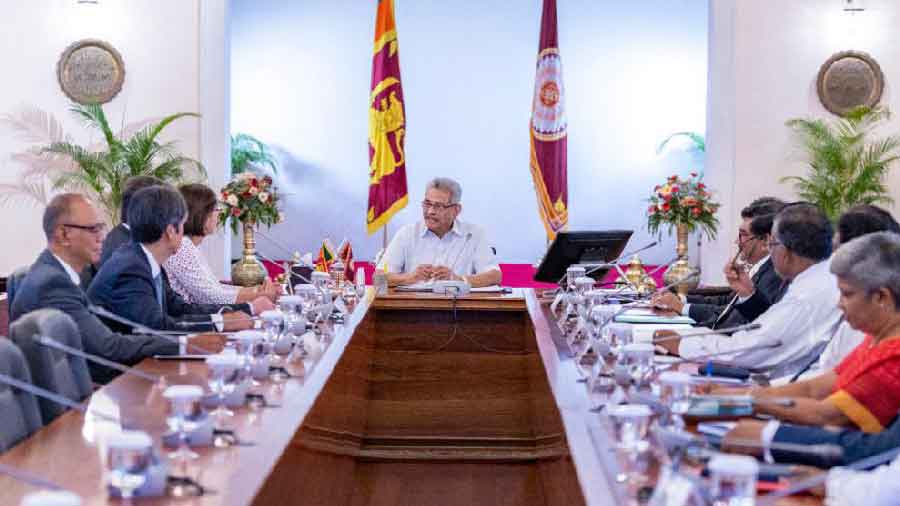 Sri Lanka’s government on Thursday proposed amending the Constitution to trim presidential powers and beef up anti-corruption powers to help shore up stability and defuse unrest provoked by the country’s worst financial crisis in decades.

The South Asian island of 22 million people is close to running out of fuel and has struggled for months to find enough US dollars to pay for essential imports such as food, cooking gas and medicine.

President Gotabaya Rajapaksa, who critics blame for the financial crisis for having given key posts to relatives and being slow to seek an IMF bailout, has been under prolonged pressure to step down, though he has said he plans to stay on until his term ends in 2024.

The proposed amendment, whose draft was published on Thursday, would establish a constitutional council and nine independent commissions to improve governance.

The amendment could be presented to parliament in July, justice minister Wijedasa Rajapakshe said last week. It might undergo further changes before it is eventually passed into law. Critics, however, say the amendment did not go far enough to tackle the demands of protesters.

“The present attempt is tokenistic at best and fails to address the unprecedented crisis that confronts Sri Lanka and the clear demands of the people for a system change,” said Bhavani Fonseka, a senior researcher at the Centre for Policy Alternatives, a Colombo-based think tank.

Fonseka said the amendment would still allow the president to prorogue parliament at any time while other powers including the ability to remove cabinet ministers would be curtailed only in the next presidential term.

The economic situation, meanwhile, remains dire. Inflation rose to 54.6 per cent in June, the highest since 2015, from 39.1 per cent in May.

Food prices have shot up by 80.1 per cent and transport costs by 128 per cent as Sri Lanka as its currency has depreciated and inflation has soared globally. But the IMF reported constructive talks with Sri Lankan authorities on Thursday, raising hopes it could soon grant preliminary approval for a credit facility.