The island nation of 22 million people has been struck by prolonged power cuts, with drugs, fuel and other items running short 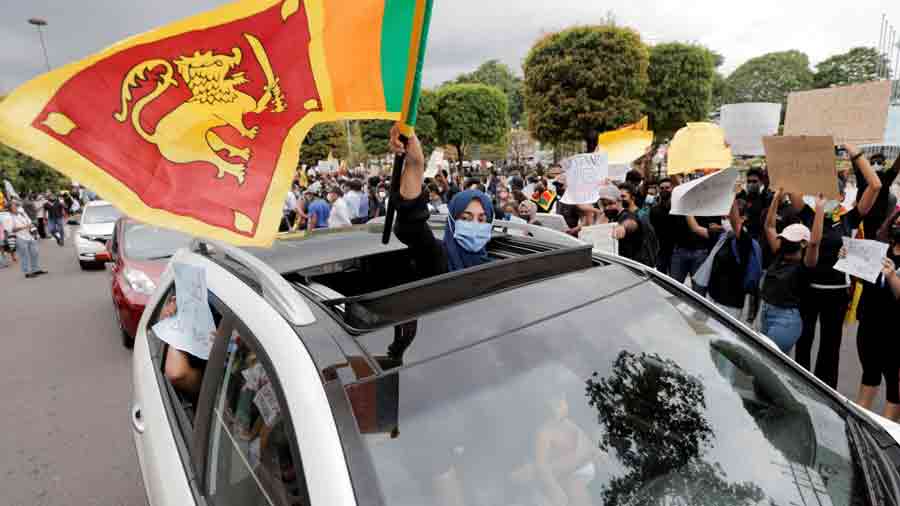 Sri Lanka will need about $3 billion in external assistance within the next six months to help restore supplies of essential items, including fuel and medicines, to manage a severe economic crisis, its finance minister said on Saturday.

The island nation of 22 million people has been hit by prolonged power cuts, with drugs, fuel and other items running short, bringing angry protesters out on the streets and putting President Gotabaya Rajapaksa under mounting pressure.

"It's a Herculean task," Finance Minister Ali Sabry told Reuters in his first interview since taking office this week, referring to finding $3 billion in bridge financing as the country readied for negotiations with the International Monetary Fund (IMF) this month.

Sri Lanka will look to restructure international sovereign bonds and seek a moratorium on payments, and is confident of negotiating with bondholders for an upcoming $1 billion payment in July.

J.P. Morgan analysts estimated this week that Sri Lanka's gross debt servicing would amount to $7 billion this year, with the current account deficit coming in around $3 billion.

Sri Lanka will seek another $500 million credit line from India for fuel, which would suffice for about five weeks of requirements, Sabry said.

The government would also seek support from the Asian Development Bank, the World Bank and bilateral partners including China, the United States, Britain and countries in the Middle East.

"We know where we are, and the only thing is to fight back," Sabry said, looking relaxed in a blue T-shirt and jeans.

"We have no choice."

Sri Lanka's foreign reserves stood at about $1.93 billion at the end of March.

On Friday, a new central bank governor raised interest rates by an unprecedented 700 basis points in a bid to tame rocketing inflation and stabilise the economy.

In a effort to fix government finances, Sabry said the country will have to raise tax rates and further increase fuel prices within the next six months.

"These are very unpopular measures but these are things we need to do for the country to come out of this," he said. "But the choice is do you do that, or do you go down the drain permanently?"

Sri Lanka's central bank doubled its key interest rates on Friday, raising each by an unprecedented 700 basis points to tame inflation that has soared due to crippling shortages of basic goods driven by a devastating economic crisis.

The heavily indebted country has little money left to pay for imports, meaning fuel, power, food and, increasingly, medicines are in short supply.

Street protests have been held nearly non-stop for more than a month, despite a five-day state of emergency and a two-day curfew.

The build-up of aggregate demand, domestic supply disruptions, the plunge of the local currency and high prices of commodities globally could keep up the pressure on inflation, CBSL said in its monetary policy decision statement.

"The rate hike will give a strong signal to investors and markets that we are coming out of this as soon as possible," governor P. Nandalal Weerasinghe said at a post-policy decision briefing.

Weerasinghe said that he wanted to run the central bank independently without any external influence and that he had been given the authority to do so by the president and has been asked to expedite measures to get the country out of the current crisis.

"I want to be very clear that my message is not one of blind positivity. Things are challenging and we need to take decisive action. Things will get worse before they get better, but we need to apply the breaks to this vehicle before it crashes," he added.