God parenting, church officials said, had fallen to earth as a secular custom between relatives or neighbours and was now a mere method of strengthening family ties 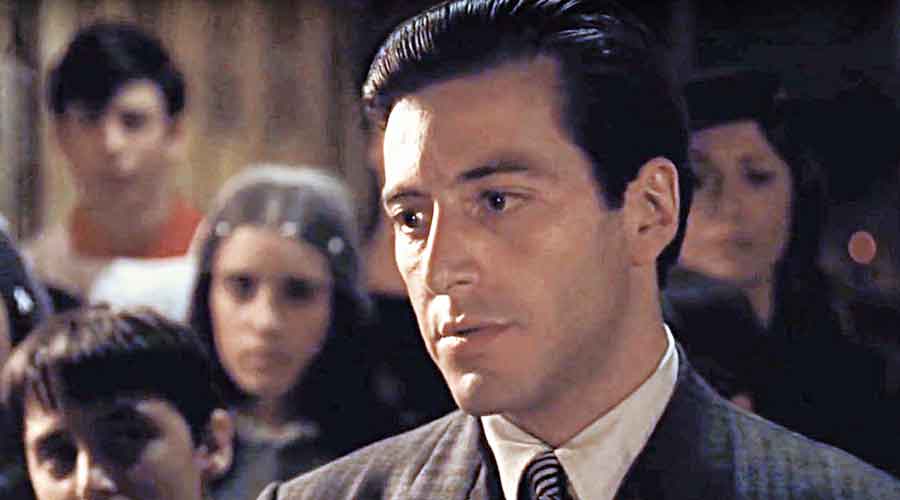 The mother had prepared everything for the baptism. She dressed her infant son Antonio in a handmade satin suit with tails and a matching cream-coloured top hat glittering with rhinestones. She hired the photographers and bought the baby a gold cross. She booked a big buffet lunch for the whole clan at the Copacabana.

But as the parish priest in the Sicilian city of Catania went through the usual liturgy, calling on the family to renounce Satan and ladling holy water on the squirming baby’s head, one major part of the ritual went missing.

There was no godfather.

The church did. That weekend in October, the Roman Catholic diocese of Catania enacted a three-year ban on the ancient tradition of naming godparents at baptisms and christenings. Church officials argue that the once-essential figure in a child’s Catholic education has lost all spiritual significance.

Instead, they say, it has become a networking opportunity for families looking to improve their fortunes, secure endowments of gold necklaces and make advantageous connections, sometimes with local power brokers who have dozens of godchildren.

God parenting, church officials said, had fallen to earth as a secular custom between relatives or neighbours — many deficient in faith or living in sin — and was now a mere method of strengthening family ties.

And sometimes mob ties, too.

Italian prosecutors have tracked baptisms to map out how underworld bosses spread influence, and mob widows in court have saved their most poisonous spite for “the real Judases” who betray the baptismal bond. It is a transgression most associated with, well, The Godfather, especially the baptism scene when Michael Corleone renounces Satan in church as his henchmen whack all of his enemies.

But church officials warn that secularisation more than anything led them to rub out the godparents, a Sicilian thing that’s been going on for 2,000 years, or at least since the church’s dicey first days, when sponsors known to bishops vouched for converts to prevent pagan infiltration.

“It’s an experiment,” said Monsignor Salvatore Genchi, the vicar general of Catania, as he held a copy of the ban in his office behind the city’s basilica. A godfather to at least 15 godchildren, the monsignor said he was well qualified for the role, but he estimated that 99 per cent of the diocese’s godparents were not.

In 2014, Archbishop Giuseppe Fiorini Morosini of Reggio Calabria, where the ’Ndrangheta mob is rooted, proposed a 10-year stop on godfathers, arguing in a letter to Pope Francis that a secular society had spiritually gutted the figure. That, he said, also made it ripe for exploitation by mobsters.

Archbishop Morosini said that a top Vatican official, Cardinal Giovanni Angelo Becciu, who is now on trial in the Vatican on money laundering charges, responded that all of Calabria’s bishops needed to agree before moving ahead. They did not.

But Archbishop Morosini said he kept bringing the issue up with Francis, who “showed himself very attentive” to it, and, in a meeting in May, told him, “‘Every time I see you, I remember the godfather problem.’”

The Rev. Angelo Alfio Mangano, of the Saint Maria in Ognina church in Catania, welcomed the ban, especially because it gave him a rest from spiritually questionable characters using “threats against the parish priest” to pressure him and others into naming them godfather.

Sometimes, he said, the position was used for social blackmail and usury, but mostly it became a method to enforce Sicily’s entrenched culture of ritual kinship.

Parents baptising their children in churches across Catania on the first Sunday of the ban were appalled at the loss of a beloved tradition.

“It’s shocking,” said Jalissa Testa, 21, who celebrated her son’s baptism at the Catania basilica by dancing as her husband serenaded a crowd of women waving white napkins. “In our hearts we know, and they will know, that he has a godfather.”

Now, people are slipping over the Catania border for baptisms.