Those who died were mainly from age group of 60 to 101, says Shanghai Municipal Health Commission 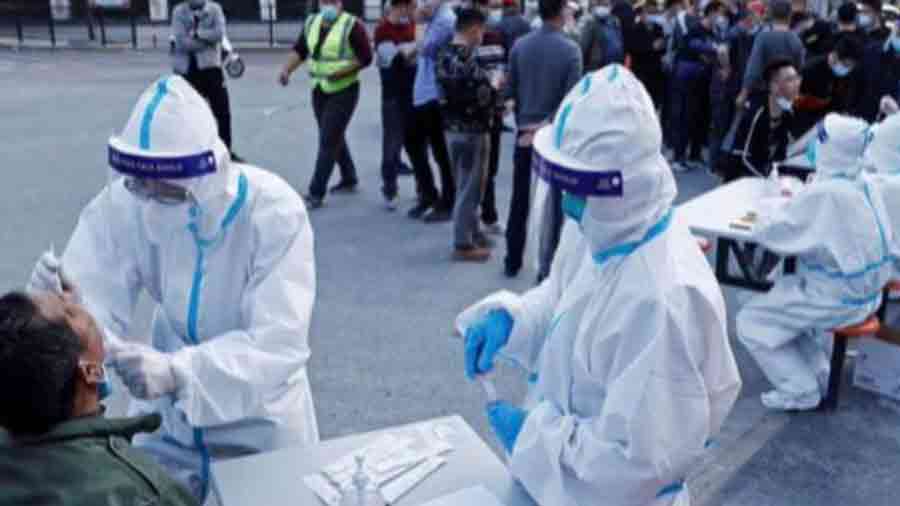 Shanghai reported seven more deaths due to Covid-19 as the Chinese financial hub grapples with a record outbreak, taking the death toll in the country to 4,648 with over 21,400 new cases, most of them from the city.

Seven new deaths from Covid-19 were reported on Monday in Shanghai in addition to the three a day earlier, the first in the recent outbreak, taking the total death toll in the country due to coronavirus since it emerged in Wuhan in 2019 to 4,648, according to figures released by China's National Health Commission on Tuesday.

Those who died were from the age group of 60 to 101, the Shanghai Municipal Health Commission said.

All the deceased had serious underlying health conditions such as coronary heart disease, diabetes, hypertension, sequelae of cerebral infarction and cerebral hemorrhage, said Wu Qianyu, an official with the commission, adding that none of the elderly had been vaccinated against COVID-19.

The late surge of Omicron variant of the coronavirus in China continues unabated as the country has reported 3,297 locally-transmitted confirmed COVID-19 cases, of which 3,084 were in Shanghai.

Apart from Shanghai, 18 other provincial-level regions on the mainland saw new local Covid-19 cases, including 88 in the northeastern province of Jilin, the Commission report said.

Shanghai also reported 17,332 locally-transmitted asymptomatic infections of the Covid-19 out of a total of 18,187 local asymptomatic carriers newly identified on the mainland, it said.

The prolonged lockdown of Shanghai has caused anger among the public as they have to cope with among others food and medicine shortages.

The cases continue to mount even after three weeks and the residents of one of the country's most affluent cities are facing food shortages, a write-up in Hong Kong-based South China Morning Post said on Tuesday.

The anger of one city is unlikely to cause a major political crisis for the Communist Party, but it erodes public trust and praise for the zero-tolerance policy over the past two years.

Changing the zero-tolerance policy may be risky politically, especially before a leadership reshuffle at the party's national Congress this year, but keeping it is no less dangerous, it said.

Meanwhile, as the Omicron continued to spread, China's health minister Ma Xiaowei on Monday pledged the toughest measures yet to prevent a major outbreak of COVID-19, ruling out any relaxations ahead of this year's 20th Communist Party Congress.

The once-in-five-year Congress of the CPC which is due to be held later this year has assumed significance as Xi, 68, is expected to get its endorsement for a third five-year tenure as the head of the Party, the military and the presidency.

The 3rd term is unprecedented as all his predecessors retired following the two-term norm for leaders. However, Xi is expected to continue power for life as he is conferred the title of a "core leader" like the Party founder Mao Zedong.

Vowing to continue the much-criticised Zero COVID policy, Ma in a front-page article published on Monday in party journal Study Times, urged the country to stick to the dynamic zero policy and take a clear-cut stand against erroneous thoughts of coexisting with the virus.

The bottom line is to prevent a large-scale rebound in cases and consolidate the hard-won results of pandemic control to welcome the opening of the CPC Congress, he said.

The Omicron mutant strain is highly contagious and can produce a large number of infected people in a short period of time, triggering a rapid increase in the demand for resources for epidemic prevention and control, Ma wrote.

The lack of isolation facilities is the most prominent problem. It is impossible to talk about an effective response to the Omicron epidemic without solving the problem of isolation, or the healthcare system providing continuous and stable daily medical services for the public without isolating the asymptomatic mildly-ill patients in makeshift hospitals, he said.