Today is the last day of the riots: Revolutionary Guard Commander Hossein Salami 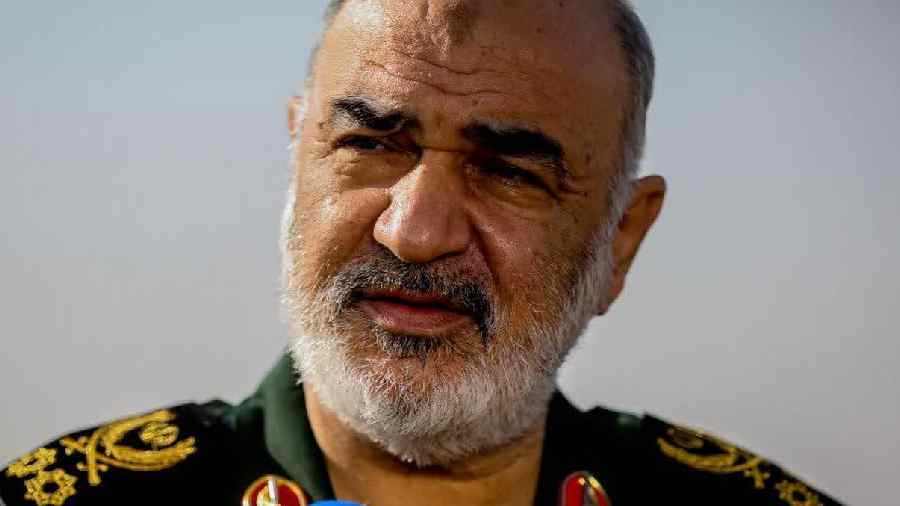 The head of Iran's Revolutionary Guard warned protesters that Saturday would be their last day of taking to the streets. The warning was a sign that security forces may intensify their clampdown on the uprising.

"Do not come to the streets! Today is the last day of the riots," Guard Commander Hossein Salami said in some of the toughest official language yet. Iran's clerical leaders blame the conflict, which began with the death of a woman in police custody, on the country's foreign enemies, including Israel and the United States.

"This sinister plan, is a plan hatched ... in the White House and the Zionist regime," Salami said. "Don't sell your honor to America and don't slap the security forces who are defending you in the face," he added.

The hard-liner Revolutionary Guard, which reports directly to Supreme Leader Ayatollah Ali Khamenei, has not been deployed since demonstrations began in September, following the death of 22-year-old Mahsa Amini. The Kurdish woman had been in the custody of the morality police.

Rights groups have said at least 250 protesters have been killed and thousands arrested across Iran since the unrest started.

A majority of Iranians oppose the Islamic regime and its hijab rules, according to new research from the Netherlands-based Group for Analyzing and Measuring Attitudes in Iran (GAMAAN).

The group's director, political scientist Ammar Maleki, told DW that his survey found that just 15% of Iranians support the current rules, which force women to cover up.

"We can see from all demographic groups, and all regions in the country, all the different ages, different levels of education — they are all against the regime," he said.

Maleki said that "regarding the compulsory hijab, regarding the concept of the Islamic regime, we can see the majority of about 80% against the regime."

He believes that the government is unlikely to concede defeat on the issue of mandatory hijabs for women because it could lead to further concessions.