‘We are certain that the launch did not come from Yemen, it came from the north’ 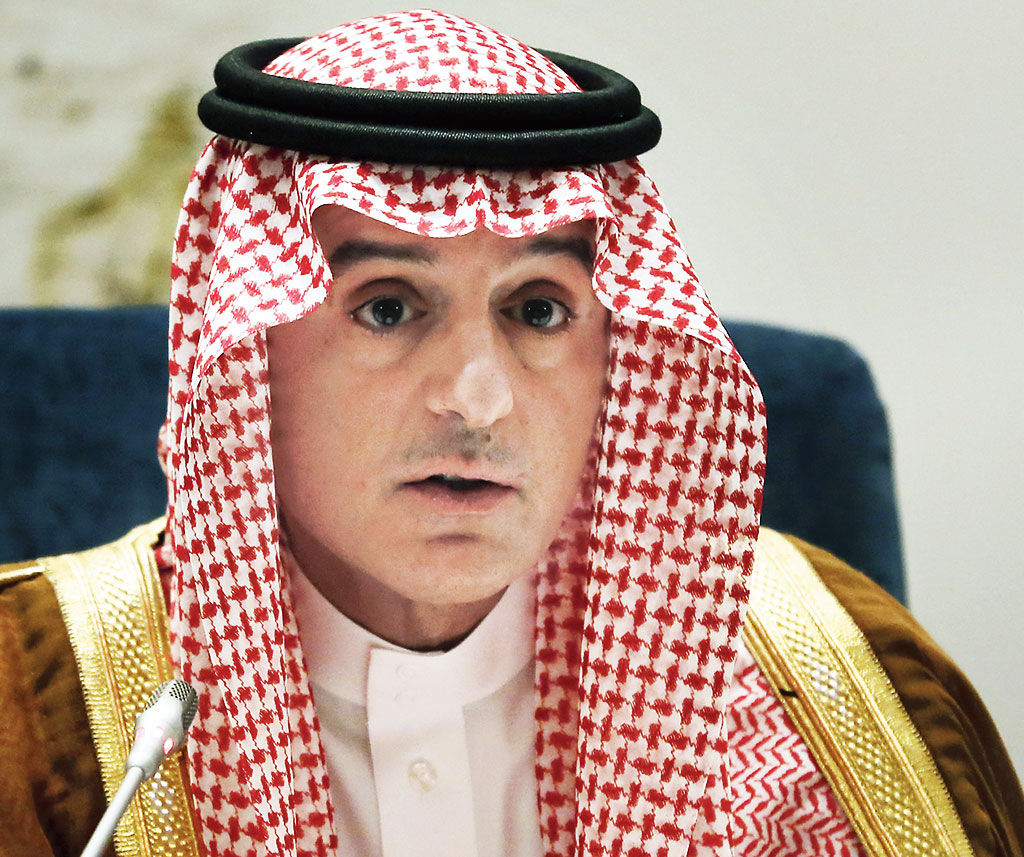 Saudi Arabia will take appropriate steps to respond to an attack on its oil facilities if, as expected, a Saudi investigation confirms that Iran is responsible, a senior official said on Saturday.

Minister of state for foreign affairs Adel al-Jubeir said the probe will prove that the September 14 strikes came from the north and that Iran bore responsibility, a charge Tehran denies.

“The kingdom will take the appropriate measures based on the results of the investigation, to ensure its security and stability,” Jubeir told a news conference, declining to speculate about specific actions.

“We are certain that the launch did not come from Yemen, it came from the north. The investigations will prove that.”

Riyadh has rejected a claim by Yemen’s Iran-aligned Houthi movement that it carried out the strikes on two oil plants that initially halved Saudi production, the largest-ever assault on oil facilities in the world’s top oil exporter.

It has already said the investigation so far shows that Iranian weapons were used and the attack originated from the north, and that it was pinpointing the exact location.

Saudi Arabia is consulting with its allies to “take the necessary steps”, Jubeir said, urging the world to take a stand.

“The kingdom calls upon the international community to assume its responsibility in condemning those that stand behind this act, and to take a firm and clear position against this reckless behaviour that threatens the global economy,” he said. “The Iranian position is to try to divide the world and in that it is not succeeding.”

The US this week imposed more sanctions on Iran and approved sending American troops to bolster Saudi air and missile defences.

Iran will pursue any aggressor, even it carries out a limited attack, and seek to destroy it, the head of the elite Revolutionary Guards said on Saturday.

“Be careful, a limited aggression will not remain limited. We will pursue any aggressor,” the head of the Guards, Maj. Gen. Hossein Salami, said in remarks broadcast on state TV. “We are after punishment and we will continue until the full destruction of any aggressor.”

US President Donald Trump on Friday approved sending American troops to bolster Saudi Arabia’s air and missile defences after the September 14 attack. Iran denies involvement in the attack, which was claimed by Yemen’s Houthi movement, a group aligned with Iran and currently fighting a Saudi-led alliance in Yemen’s civil war.

Hajizadeh was speaking at a public exposition called “Hunting Vultures”, where remains of drones downed in Iran and the Iranian air defence system which shot down a US military drone in June were displayed.

The exposition is part of annual events commemorating the start of the 1980-88 war with Iraq, which also includes air and naval displays in the Gulf and military parades on Sunday.

The US on Friday imposed more sanctions, targeting the Central Bank of Iran, which was already under US sanctions, the National Development Fund of Iran and an Iranian company that US officials say is used to conceal financial transfers for Iranian military purchases.

“This is a sign of US desperation ... When they repeatedly sanction the same institution, this means their attempt at bringing the Iranian nation to its knees under ‘maximum pressure’ has failed,” foreign minister Mohammad Javad Zarif said.