Advertisement
Home / World / A global tragedy. A time to listen

A global tragedy. A time to listen 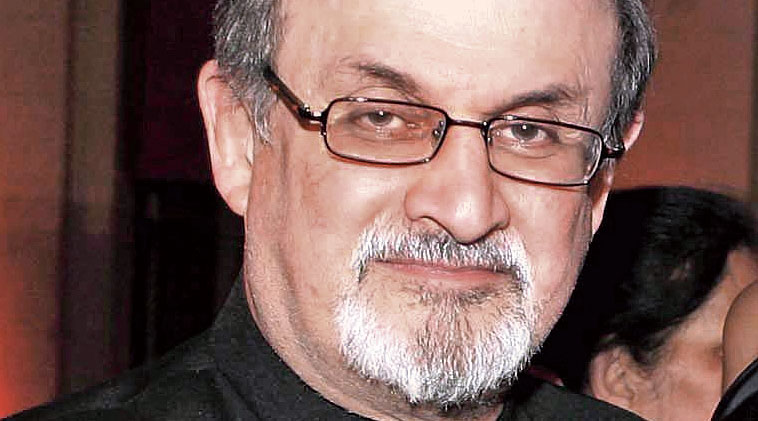 Back in March, Salman Rushdie was awaiting the publication of the paperback of his novel Quichotte when the coronavirus hit. New York City, his home for the past 20 years, became the terrifying US centre for the virus.

“It was very bad here, it was scary,” Rushdie said. “I got ill really very early, the first day I ran a fever was the Ides of March. I was fortunate that I didn’t have to go to hospital. At that point, going to hospital felt really dangerous.

“I was lucky it didn’t affect my breathing, especially as someone who, as a 73-year-old, is in the high-risk bracket. And being a long-time asthma sufferer, I was really very worried about it getting to my chest. I had a two-week rollercoaster of a fever that would go up to 103.5°F and then come back down to normal and shoot back up. Mostly I just felt very physically debilitated.”

A recent blood test confirmed that he has antibodies to the virus. With hindsight, it was a closer call than he realised. “The tragedy is of such a scale that it almost seems pointless to say that I was unwell too. But as time passes, I realise more and more exactly how lucky I was.”

Back in the old days, the plan had been to meet in Manhattan. Instead here we are four months later, in a world irrevocably changed, talking over Zoom about the delayed paperback launch of Quichotte (pronounced key-shot), his dizzying and brilliant 14th novel.

The two-dimensional Rushdie on my laptop screen, with his goatee and gold-rimmed glasses, appears in good health, animated and quick to laugh.

There are signs that life is finally returning to a semblance of normality. Even after he recovered from his illness, Rushdie found he could not write, and he abandoned a 120-page draft of a novel.

He has, though, just started a new project, and the week after we spoke, Rushdie was one of the 150 writers, academics and artists who signed an open letter in America’s Harper’s Magazine decrying “a vogue for public shaming and ostracism”. (The letter came amid a debate over so-called cancel culture, where prominent people such as J.K. Rowling face attacks for sharing controversial opinions.)

Over email Rushdie said that, “the viciously personal attacks on the letter’s signatories make the letter’s point very eloquently”.

All of which is to say that Rushdie, as both writer and public intellectual, appears back in his element.

You might think he would have been better prepared than others for life under lockdown, given how Ayatollah Khomeini’s fatwa forced him to spend much of the Nineties in safe houses, but he scotches that idea.

“Having a threat aimed at oneself is really not the same as having an avalanche of death falling all around you. It doesn’t feel the same at all. I feel like I have fortunately survived a great global tragedy, and what happened to me is not at all like that.

“It didn’t seem like a time to be writing, it seemed like a time to be watching and looking and listening. And now with the second issue of the antiracist protests I felt that even more so. It was time to pay attention to what other people were saying.”

Quichotte is a novel particularly attentive to the contemporary moment and it confronts racism more directly than Rushdie’s previous novels. In a strange way, the delay in the release of the paperback has made it even more timely.

“It’s true it is the most explicitly I have written about racism,” he says. “I think it is impossible not to deal with race given what’s happening in America, and with recent events it feels even more apposite that the book contains that content. Sometimes events make your book feel like yesterday’s papers. And sometimes it becomes more relevant.”

At first impression, the novel appears primarily a literary game, a playful modern update on Don Quixote, which involves an Indian American, his mind addled by an addiction to TV, taking his invented son, Sancho, on a road trip across America in an improbable quest to capture the heart of a famous actress. It is rich in pastiche, invoking Pinocchio, Ionesco, Voltaire and Zen and the Art of Motorcycle Maintenance, and is unabashedly fantastical, featuring a talking cricket and metamorphosing mastodons.

What’s more, the Quichotte story is actually being written by Brother, a middling spy novelist, who encodes his own biography into his tale of Quichotte.

In fact, Quichotte is a novel packing both personal and political heft. Quichotte's quest might be absurd, but there is pathos in his attempts to be a good father to Sancho. Rushdie's own father, Anis, was an alcoholic who disapproved of his chosen profession and, as he detailed in his 2012 memoir Joseph Anton, it was only at the end of Anis’s life that the relationship improved.

“The emotional heart of the book is this question of different kinds of love. Not romantic love but the love found in families: fathers and sons, brothers and sisters, and what can go wrong between them and whether that can be mended. My relationship with my sons is pretty good I think (he has two, Zafar, 40, and Milan, 23), but my relationship with my father was very bad for most of my adult life, and then it was OK again right at the end. I wanted to write out of both of those experiences.”

Perhaps even more emotionally complex is Rushdie’s depiction of the way Brother seeks reconciliation with his estranged sister. “I have a sister who lives in London who is one year younger than myself and has always been more or less the closest person to me in my life. We have always had that feeling of really intimate connection. I wanted to imagine what it would be like if that wasn’t so, if it were a broken relationship and I began to feel how painful it might be and how you might fix that.”

And then there is the issue of racism. As Quichotte and Sancho travel across the US, they face prejudice at every turn, whether it is in the small-town Kansas or in New York City’s Central Park, where Sancho is beaten up by a group of white men in business suits, who appear to have broken leashes around their necks. “I just wanted to ask, ‘who let the dogs out?’ It’s the idea of barbarian behaviour being in some way literally unleashed in this moment. Sometimes the best way to use a metaphor is to literalise it. I think it is a scary scene. I wanted to say that this is not just happening in working-class red-state America. It is not just good ol’ boys in Kansas, it is everywhere.”

It has always been Rushdie’s position that he would rather know what people were thinking, even if it lays the ugly parts of our nature bare. He is sad about the current divisions in society – Quichotte’s optimism is there to show up the cruelty and hostility of the America he inhabits. But he also believes that the antiracism protests point to a brighter future in his adopted country.

“I do have the sense that something real has shifted. The population as a whole has become aware of the issue of race in America in a way that it used to be able to forget about. A large section of the white population found itself able to behave as if this wasn’t a big issue. For the black population, this is nothing new, it has always been going on. The Floyd killing does seem to have been a tipping point but then I’m no good at being a prophet.”

He paused a beat.

“I have had some trouble with prophets in my time.”