Moscow has failed to establish air superiority over Ukraine, which continues to fly its own fighters and attack jets against Putin’s troops 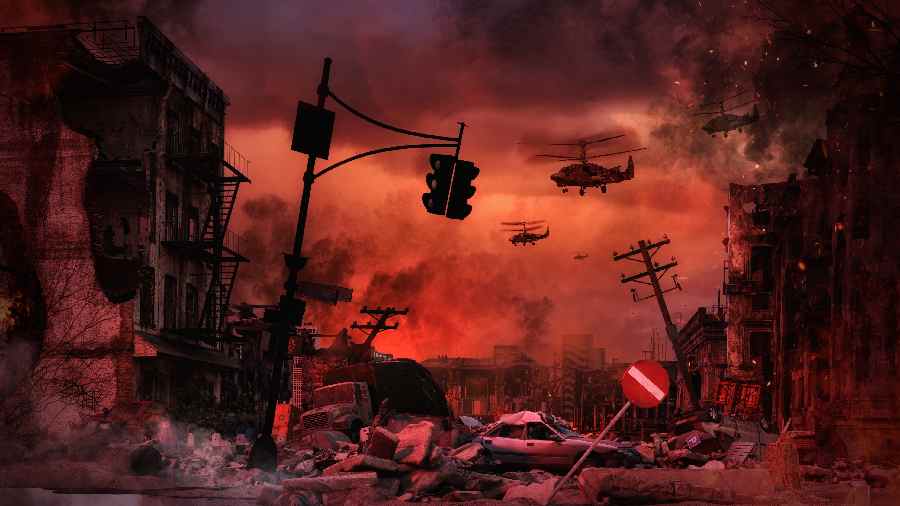 On Monday morning, as columns of armoured vehicles and soldiers paraded through Moscow in celebration of Russia’s 1945 victory over Germany in World War II, one element of Russian military power was conspicuously missing: its warplanes.

And though officials blamed bad weather for their grounding, Russian planes, pilots and air-to-ground weapons have all grossly underperformed in the war against Ukraine.

The absence underscored President Vladimir V. Putin’s failure to build a capable modern air force, as Russian aircrews race in and out of Ukrainian airspace and heave unguided bombs while fleeing enemy surface-to-air missiles that Moscow has still not managed to destroy, even after 75 days of combat.

Russian warplanes are generally flying 200 to 300 sorties each day, a senior defence department official told reporters during a briefing on Monday, but have failed to establish air superiority over Ukraine, which continues to fly its own fighters and attack jets against Russian troops.

And as the war stretches into its third month, Russia has already expended many of its most accurate weapons, such as cruise missiles and both short- and medium-range ballistic missiles.

On May 2, the Pentagon said Russia had fired more than 2,125 such weapons since the invasion began. Their use dropped sharply after the second week of the war, Britain’s defence secretary, Ben Wallace, said in a speech on Monday. The Russians “have blown through” many of their precision-guided munitions, said the senior US official, who was not authorised to speak publicly on details of Russia’s shortcomings. “In fact, they continue to hit Mariupol with a lot of dumb bombs.”

So-called dumb, or unguided, air-dropped munitions, are pre-9/11 relics for the US and Nato, as western militaries have now almost completely converted their arsenals with kits that guide bombs to their targets with lasers or GPS satellite signals.

The official also said that sanctions and export controls established after Russia invaded Ukraine had limited Moscow’s access to the kinds of electronic components it needed to build guided weapons, thus affecting Putin’s ability to restock his military with modern aerial munitions.

Russia’s lack of guided weapons, and their often poor accuracy when used, offers more indications of just how far behind Moscow’s armed forces are compared with western militaries.

Senior US defence department officials who spoke with The New York Times on background to discuss intelligence assessments and their analysis of Russia’s failures in Ukraine said the evidence seen during the invasion pointed to a Russian guided-weapons programme still in its infancy, with pilots unable to quickly locate and engage targets on the ground, and missiles launched into Ukraine that often miss their targets — if they work at all.