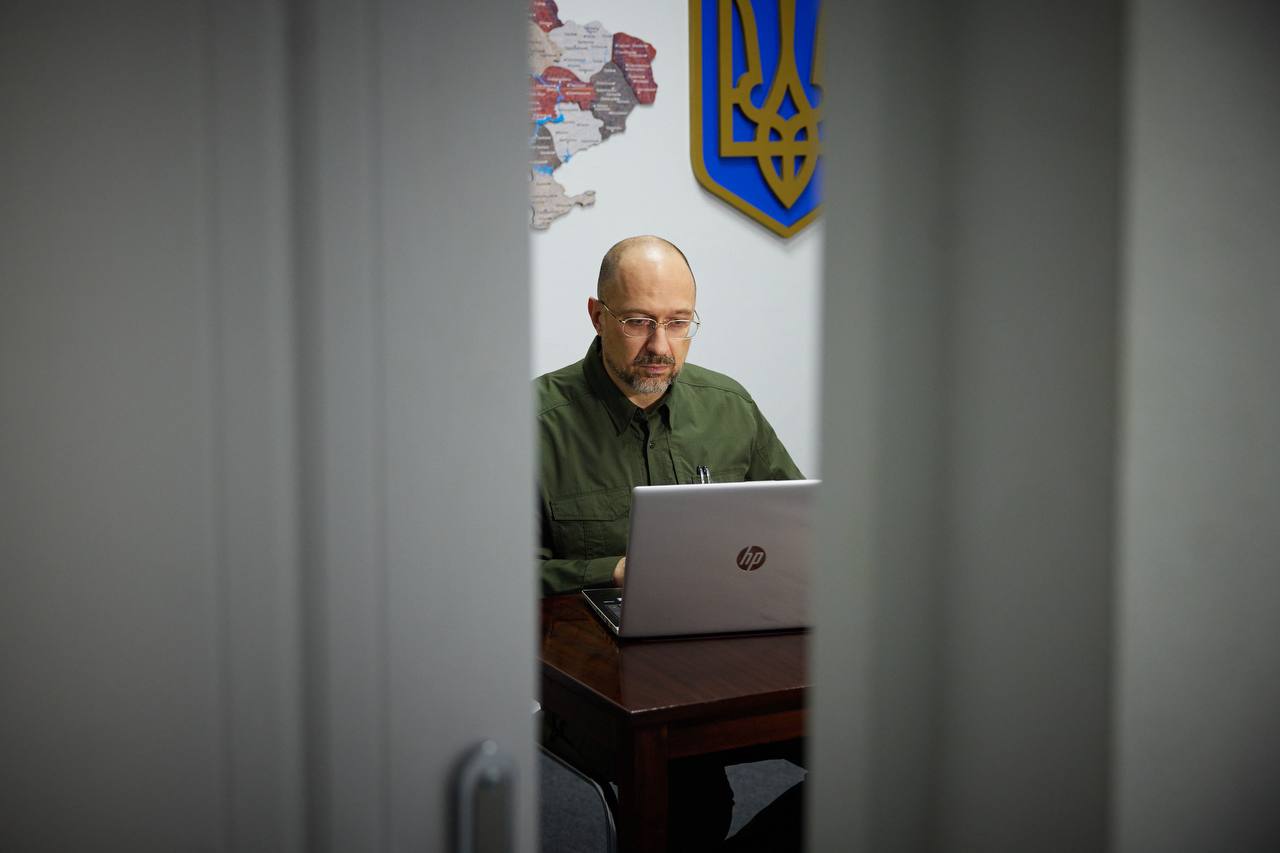 Ukrainian Prime Minister Denys Shmyhal and top Ukrainian finance officials will visit Washington next week during the spring meetings of the International Monetary Fund and World Bank, sources familiar with the plans said on Friday.

Shmyhal, Finance Minister Serhiy Marchenko and central bank governor Kyrylo Shevchenko are slated to meet bilaterally with finance officials from the Group of Seven countries and others, and take part in a roundtable on Ukraine to be hosted by the World Bank on Thursday, the sources said.

Thursday's event will be the first chance for key Ukrainian officials to meet in person with a host of financial officials from advanced economies since Russia's invasion of Ukraine on February 24.

Spillovers from Russia's war in Ukraine are expected to dominate next week's meetings of senior economic officials from World Bank and IMF member countries, as well as the G7 and G20, with the IMF poised to downgrade its forecast for global growth as a result of the war.

Russian President Vladimir Putin sent his troops into Ukraine on what he calls a "special military operation" to demilitarise and "denazify" Ukraine.

Kyiv and its Western allies say those are bogus justifications for an unprovoked war of aggression that has driven a quarter of Ukraine's 44 million people from their homes and led to the deaths of thousands.

Thursday's meeting will be more of a roundtable than a donors conference, although both the IMF and World Bank have set up separate accounts to be able to process and relay donations, and additional pledges are expected to be announced next week.

It will give officials a chance to discuss the physical devastation and economic consequences of the war, as well as the continued functioning of Ukraine's banking and financial sector.

"Without support now, there will be no reconstruction in the future," one of the sources said.

The World Bank had no immediate comment on the event.

World Bank President David Malpass told an event in Warsaw this week that the bank was preparing a $1.5 billion support package for Ukraine.

Canada, one of Ukraine's main supporters, has proposed disbursing up to $1 billion Canadian dollars through the new account, which will be administered by the IMF.

The account will allow donors to provide grants and loans to help the Ukrainian government meet its balance of payments and budgetary needs and help stabilize its economy as it continues to defend against Russia's deadly invasion.

Marchenko last week said his government was seeking about 4 billion euros ($4.37 billion) in foreign financing in addition to the about 3 billion euros it has already received to deal with a budget shortfall.