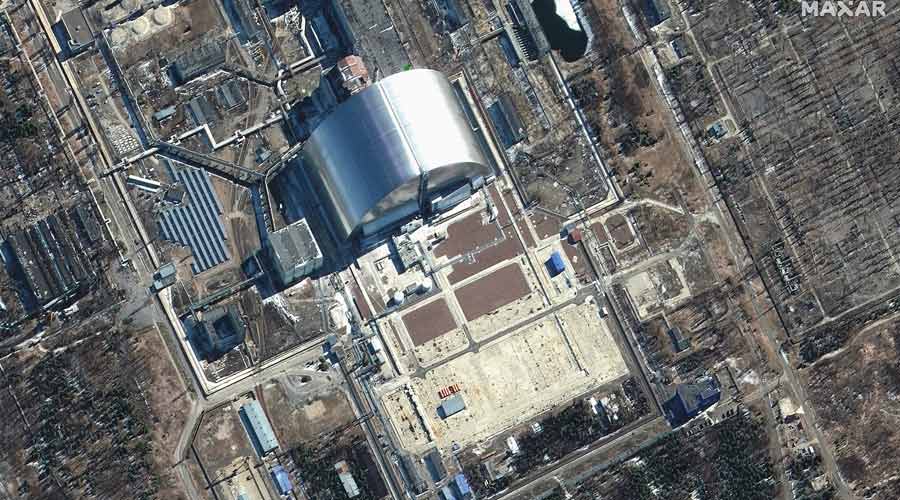 A satellite image shows a closer view of the sarcophagus at the Chernobyl power plant.
(Satellite image/Maxar Technologies)
Reuters   |   Lviv, Ukraine   |   Published 22.03.22, 01:39 AM

Soon after launching an invasion on February 24, Russian forces took control of the territory around the now-defunct power plant that was the site of the world’s worst nuclear accident in 1986.

As a result, the system monitoring radiation levels in the 30-km so-called exclusion zone in the forests around the plant is currently not working, Energoatom said in a statement.

“There is no data on the current state of radiation pollution of the exclusion zone’s environment, which makes it impossible to adequately respond to threats,” it said.

It said seasonal forest fires, which occur most often in spring and summer, posed a particular threat as the zone’s forest fire service was unable to work.

“Radiation levels in the exclusion zone and beyond, including not only Ukraine, but also other countries, could significantly worsen,” it said.

Ukrainian staff have continued to work at Chernobyl’s radioactive waste facilities, remaining on shift despite fears of burn-out.