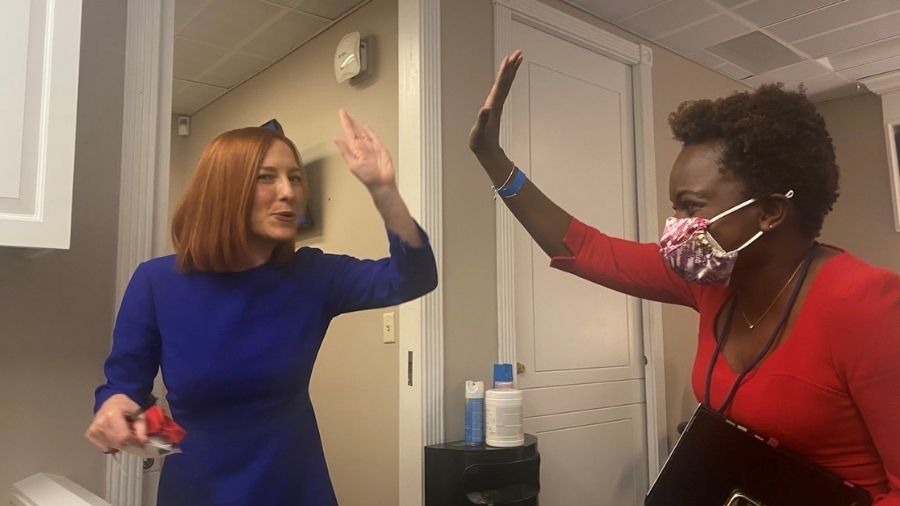 The United States is ready to support India in diversifying its energy imports, the White House said Wednesday, reiterating its desire that New Delhi does not purchase oil from Russia amid American sanctions on Moscow for invading Ukraine.

We do not think India should accelerate or increase imports of Russian energy and other commodities even as, obviously, those decisions are made by individual countries, White House Press Secretary Jen Psaki told reporters at her daily news conference.

And (the US is) also making clear that we stand ready to support India as in any efforts to diversify its imports and serve as a reliable supplier even as they're only importing about one to two per cent of their oil from Russia, she said in response to a question.

US Deputy National Security Advisor Daleep Singh was in New Delhi last week to discuss with Indian officials on the Russian sanctions.

We have a range of ways to communicate and engage. And obviously, sending our Deputy National Security Advisor is an example of that. But clearly, our preference would be to have a confirmed ambassador, she said.

The nomination of the US Ambassador to India, Eric Garcetti, the Mayor of Los Angeles, is pending in the US Senate as he does not have enough votes for his confirmation.

Our preference is always to have a confirmed ambassador on the ground. It's an incredibly important diplomatic position. We also engage with countries through a range of channels. And obviously, our deputy National Security Advisor was just in India recently in the last few weeks, conveying clearly what the consequences of violating sanctions would be and what the mechanisms are, Psaki said.

A powerful Republican Senator on Wednesday welcomed India's condemnation of the killings of Ukrainian people in Bucha by the Russian army, terming it as the country's hardening of stance.

Amid India's intensifying its outreach to the US Capitol, the Co-Chair of the Senate India Caucus, Senator John Cornyn, who has so far been critical of India abstaining itself from the UN Security Council votes on the issue of Russia, welcomed India's remarks on the issue.

Welcome response by our friends: India condemns killings in Ukraine's Bucha in apparent hardening of stance, Cornyn said in a tweet as he tagged a story of India's Permanent Representative to the United Nations T S Trimurti in which he condemned the Russian killings in the Ukrainian city of Bucha.

Recent reports of civilian killings in Bucha are deeply disturbing. We unequivocally condemn these killings and support the call for an independent investigation, Trimurti told the UN Security Council on Tuesday.

I want to say that we are deeply disturbed by the reports. We strongly condemn the killings that have taken place there. This is an extremely serious matter and we support the call for an independent investigation, he said.

Meanwhile India's Ambassador to the US, Taranjit Singh Sandhu has intensified his engagement with US lawmakers. Over the past few days, he has met more than a dozen influential lawmakers and briefed them about India's position on Ukraine.

Yesterday, I met with Ambassador Sandhu to discuss the importance of the US-India bilateral relationship, the situation in Ukraine, and the importance of religious tolerance throughout India, said Congresswoman Dina Titus.

Congressman Brian Fitzpatrick said he met with the ambassador to urge the Indian government to stand with the US in supporting its friend and ally Ukraine and to oppose Putin's murder machine.

We discussed ways we can bring India closer to the US via a comprehensive bilateral agreement to include defensive weapons, energy security and food security so that India can permanently sever any and all ties with Russia, the Congressman said.