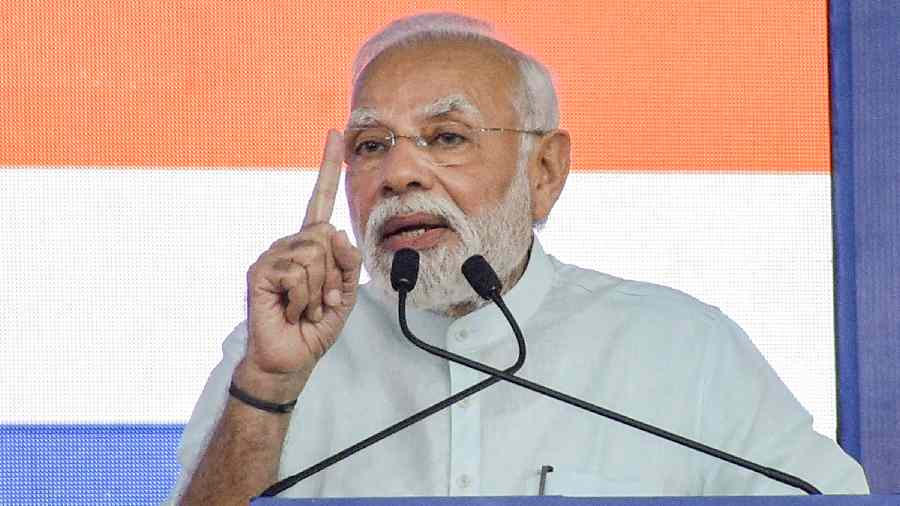 Prime Minister Narendra Modi spoke with Ukrainian President Volodymyr Zelensky on Tuesday and asserted that there can be no military solution to the Ukraine conflict, while also underlining that endangerment of nuclear facilities could have catastrophic consequences.

During their telephonic conversation, Modi and Zelensky discussed the ongoing conflict in Ukraine and the prime minister reiterated his call for an early cessation of hostilities and the need to pursue the path of dialogue and diplomacy, according to a statement issued by the Prime Minister's Office (PMO) here.

Modi expressed his firm conviction that there can be no military solution to the conflict and conveyed India's readiness to contribute to any peace efforts, the statement said.

He also reiterated the importance of respecting the UN Charter, International Law, and the sovereignty and territorial integrity of all states.

During his conversation with the Ukrainian president, Modi emphasised the importance India attaches to the safety and security of nuclear installations, including in Ukraine.

The prime minister underlined that endangerment of nuclear facilities could have far-reaching and catastrophic consequences for public health and the environment, the statement said.

The two leaders also touched upon important areas of bilateral cooperation, following up on their last meeting in Glasgow in November 2021, it said.