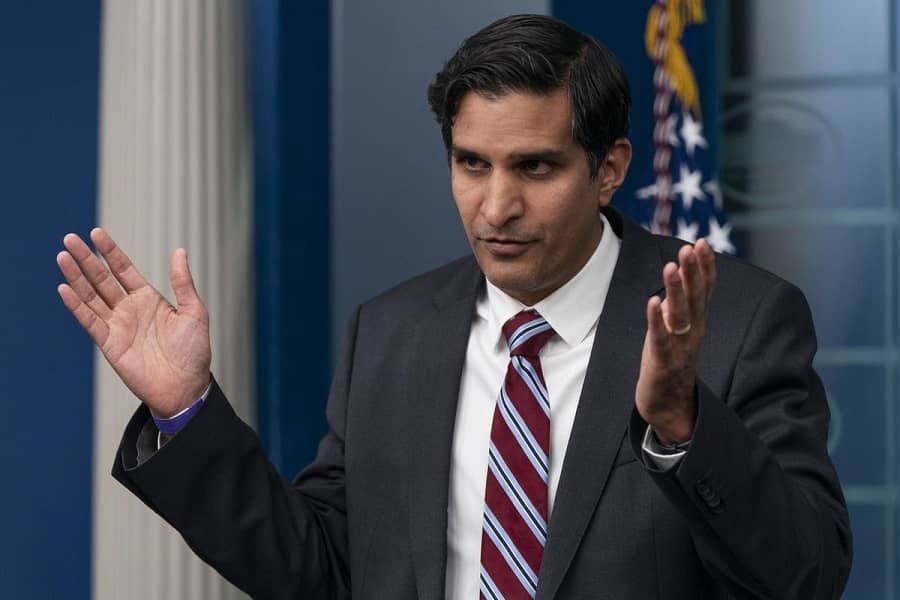 US President Joe Biden is sending his top advisor and key person leading his administration's economic sanctions on Russia to India, which so far has refused to toe the American line and maintained its own independent strategic position.

The Deputy National Security Advisor for International Economics Daleep Singh, an Indian American, will be in New Delhi on March 30 and 31, the White House said Tuesday.

Singh will consult closely with counterparts on the consequences of Russia's unjustified war against Ukraine and mitigating its impact on the global economy, said Emily Horne, spokesperson of the National Security Council of the White House.

Horne said the top Biden Administration official will also discuss priorities of the Biden Administration, including the promotion of high-quality infrastructure through Build Back Better World and the development of an Indo-Pacific Economic Framework.

In New Delhi, Singh will continue US administration's ongoing consultations with India, and advance a range of issues in the US-India economic relationship and strategic partnership.

He will meet Indian officials to deepen cooperation to promote inclusive economic growth and prosperity, and a free and open Indo-Pacific, Horne said.

Singh, 46, is great-grandson of Dalip Singh Saund, the first Asian American elected to the Congress. He has a Master of Business Administration and Master of Public Administration in international economics from the Massachusetts Institute of Technology and the Harvard Kennedy School.

Singh is said to be the architect of economic sanctions against Russia under the Biden Administration. The sanctions, so far, have had a punitive impact on the Russian economy.