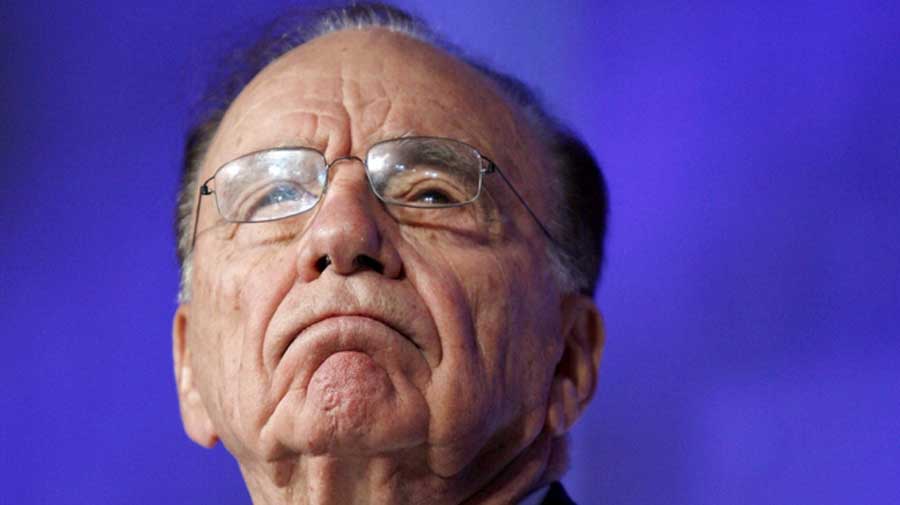 Rupert Murdoch’s News Corp is making a play for Simon & Schuster, the venerable home to best-selling authors like Stephen King and Hillary Clinton that raised a ruckus this year after releasing a string of hit titles critical of President Donald Trump.

The powerhouse publisher was put up for sale by its owner, ViacomCBS, in March, and the company has since fielded more than half a dozen inquiries, according to three people familiar with the process who declined to be named because the matter remains confidential.

At least one of the offers has topped $1.7 billion, far above the minimum ViacomCBS had set, according to two of the people. Several financial firms, after lobbing offers below that range, are no longer in the running. Final bids are due before Thanksgiving, and ViacomCBS could announce a winner some time after that. A deal may not materialise.

Simon & Schuster, one of the five largest book publishers in the country, is considered a prize in the industry. Its deep bench of name-brand writers, from children’s author Judy Blume to novelist Annie Proulx to journalist and historian Walter Isaacson, makes it a desirable acquisition.

It also has several perennial best-sellers, including Joseph Heller’s Catch-22, Margaret Mitchell’s Gone With the Wind and Dale Carnegie’s How to Win Friends and Influence People.

Publishing has become a winner-takes-all business, a circumstance brought on by Amazon’s aggressive pricing, and now a publisher needs size to survive. Tent-pole titles can better offset losses from weaker books. A bigger inventory can generate more data on customer habits, on surging topics and on sales.

Those dynamics underpin the wave of consolidation that has swept the book business in the last decade. Penguin and Random House merged, Hachette Book Group acquired Perseus Books and News Corp bought the romance publisher Harlequin.

Founded as a publisher of crossword puzzle books in 1924 by Richard L. Simon and M. Lincoln Schuster, Simon & Schuster expanded into a major house with 50 imprints, including Charles Scribner’s Sons, the publisher of Ernest Hemingway as well as other 20th Century stars like F. Scott Fitzgerald and Thomas Wolfe. The company now has 1,350 employees and publishes roughly 2,000 books a year.

More recently, Simon & Schuster has become known for a raft of best-selling tomes about the Trump administration.

It published Rage, a brutal assessment of Trump’s failures by the journalist Bob Woodward, and Too Much and Never Enough, a tell-all by his niece, Mary L. Trump. It also backed The Room Where It Happened, an account of President Trump’s bizarre escapades in foreign policy by John Bolton, his former national security adviser, and Hoax, an examination of the President’s thorny, co-dependent relationship with Fox News, by CNN media reporter Brian Stelter. Fox News is also owned by Murdoch.

Trump, despite losing his campaign for a second presidential term, received more than 72 million votes and could field several big-dollar offers for a book deal once he exits the White House. Simon & Schuster, under a bigger banner with deeper pockets, could make a more competitive bid for a Trump book, according to two of the people.

Simon & Schuster has proved to be a durable business even during the recent downturn. Revenue rose 8 per cent to $649 million this year through September. Profit before tax during the same period rose 6 per cent to $115 million.

Should a major publisher win the auction, Simon & Schuster is likely to undergo staff cuts. Departments such as human resources and finance are often slimmed down after a big merger. Jonathan Karp, who was named chief executive this year after the sudden death of Carolyn Reidy, could be relegated to a lower role or be forced out.

It is not clear how a deal might affect Simon & Schuster’s editorial ranks. Not long after he took over, Karp named Dana Canedy, a former journalist and administrator of the Pulitzer Prizes, as publisher of its namesake imprint, putting a black woman in charge of one of the biggest names in publishing.

Any merger agreement would also have to undergo regulatory scrutiny. A combination with either Penguin Random House or HarperCollins, the two largest book publishers in the country, could raise questions in Washington. Penguin Random House’s sales exceeded $4 billion last year. Annual sales at HarperCollins, which reports its fiscal year at the end of June, were about $1.7 billion.