Rohingya refuse to return to Myanmar

Over 7,00,000 Rohingya have crossed over to Bangladesh between August and September 2017 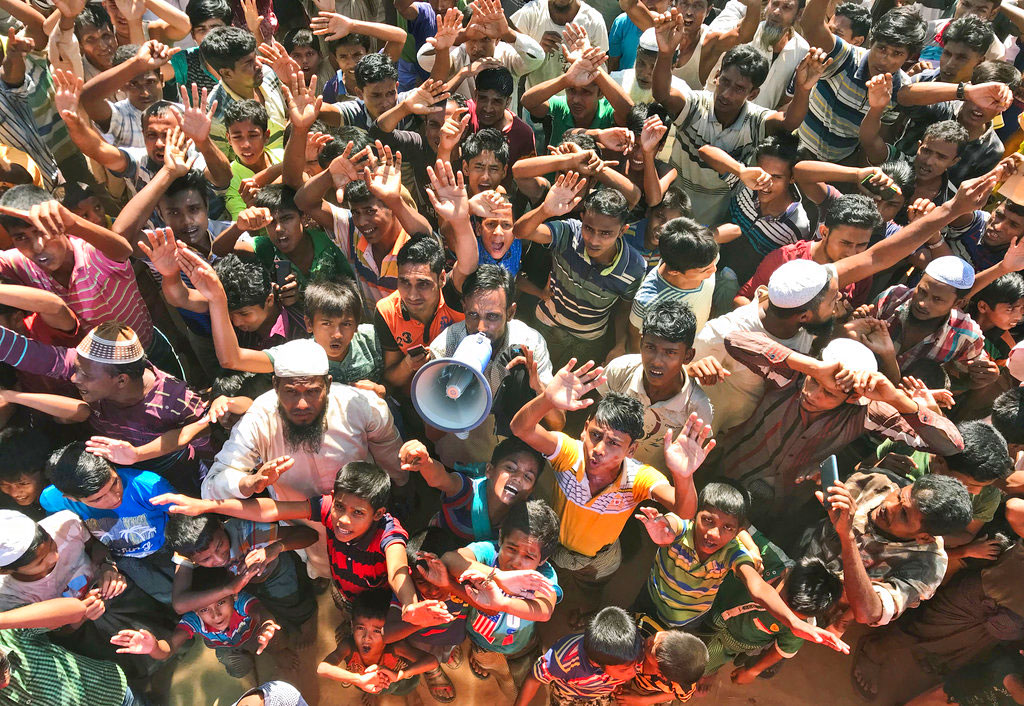 A plan to repatriate Rohingya refugees from Bangladesh to Myanmar suffered a setback on Thursday after not a single person turned up to board the five buses and four trucks parked at the Unchiprang camp in Cox’s Bazar.

While the vehicles waited to take the refugees to Myanmar through the Ghumdhum point of Bandarban district of Bangladesh, refugee camps in different parts of Cox’s Bazar erupted as thousands of Rohingya — who fled “ethnic cleansing” in their country — refused to return and demanded justice.

“No one turned up even though we waited till 4pm. We will not force them back to Myanmar,” Mohammad Abul Kalam, Bangladesh’s refugee relief and rehabilitation commissioner, told The Telegraph. “We were ready with all the arrangements for repatriation, but the refugees said they didn’t trust the statements about their safety on their return.”

The Sheikh Hasina government has given shelter to over a million stateless Muslims in different parts of Cox’s Bazar. Over 7,00,000 Rohingya crossed over to Bangladesh between August and September 2017 after the Myanmar military crackdown.

With the help of the international community, Bangladesh has been trying to pressurise the Myanmar government for the repatriation of the refugees. As part of that process, Bangladesh and Myanmar in October agreed that 2,260 Rohingya would be repatriated in batches of 150 between November 15 and 29.

After the refugees refused to board the vehicles, Bangladesh foreign minister A.H. Mahmood Ali held a briefing of foreign diplomats in Dhaka on Thursday evening and emphasised the Hasina government’s pledge against forcible repatriation.

“From the beginning we have been saying that it will be a voluntary return. There is no question of forcible repatriation. We gave them shelter, so why should we send them back forcibly?” Ali was quoted by the Bangladeshi media as saying.

Asked about the speculation on whether the repatriation plan had been called off for the time being, Ali told reporters to contact Kalam, who is in Cox’s Bazar. “We will wait for the refugees to come even tomorrow…. We will try to motivate them to go back,” Kalam told this newspaper.

A source in Cox’s Bazar asked: “If people do not come on Day One, do you think they will turn up tomorrow? “If people are scared, do you think they can be motivated to go back?” According to him, most refugees believed that the situation in Myanmar was not conducive for repatriation as there had been fresh reports that minorities were still being persecuted in the Buddhist-majority country.

Even as the condition remains volatile for the minorities in Myanmar, for Hasina, who faces a key election later this year, a beginning of the repatriation process is important considering the drag on scarce resources.

Although her gesture of giving shelter to the Rohingya has endeared her to people in Bangladesh, there are questions — especially in Cox’s Bazar and neighbouring areas where the local economy has tumbled because of the sudden influx of refugees — on how long the guests would strain scarce resources.

“A beginning of the repatriation process, even if in small numbers, would have been good optics for her before the polls,” said a source, who has been circumspect about the feasibility of repatriating over a million people.

Thursday’s turn of events gave a signal that deriving political gains from repatriation before the polls — scheduled on December 30 — would be easier said than done for Hasina.

In his interactions with the foreign diplomats, Ali, however, was hopeful of repatriation and sought the help of the international community for a “safe and dignified” return of the refugees to their homeland.

The role of India in facilitating the process was mentioned several times in his briefing. The minister also referred to the support that Bangladesh has received from Singapore and Japan.

After apprising the fellow diplomats of how India has been trying to facilitate the process by building prefabricated houses in Rakhine state and providing relief to Rohingya in Cox’s Bazar, Shringla promised another round of relief in the camps for the upcoming winter months.

“A delay in repatriation will not serve anyone…. But a conducive environment has to be there and the Myanmar government has to do that first and then communicate to those living in camps that they would be safe back home,” said a source in the Bangladesh government.