Point of interest: The introduction of fast track visas for doctors and nurses coming to work in the NHS 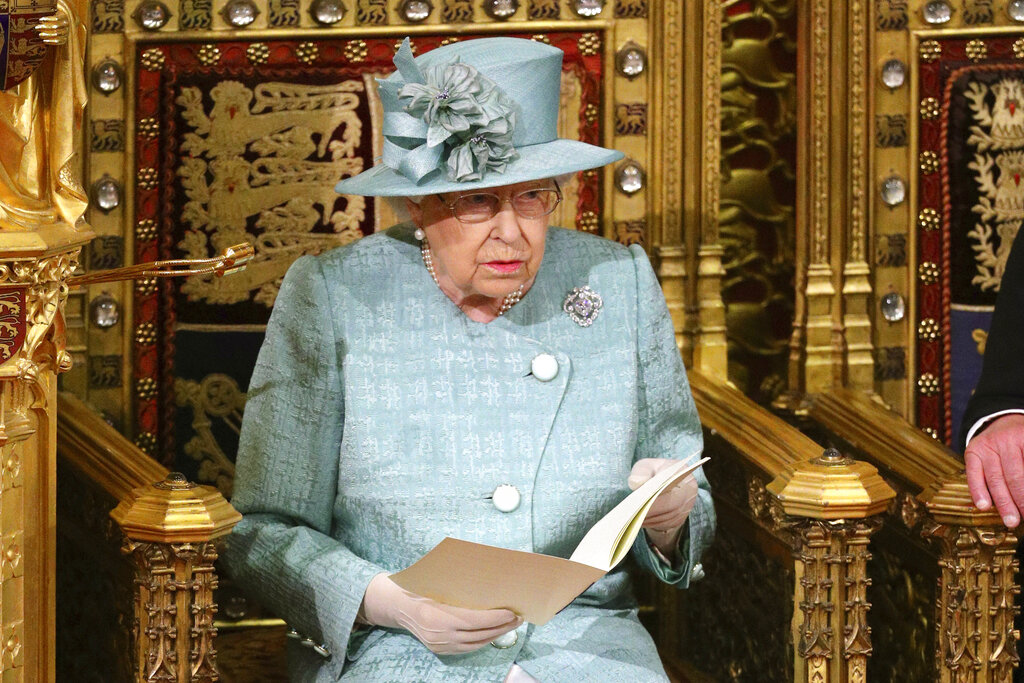 The UK can begin negotiations for a free trade agreements with the world’s leading global economies — such as India — once Boris Johnson manages to “get Brexit done” by January 31, 2020, it was announced in the Queen’s speech on Thursday.

There was another point of interests for India — the introduction of fast track visas for doctors and nurses coming to work in the National Health Service.

There will also be an Australian-style points based immigration system so that in theory qualified applicants from India will not be discriminated against in favour from those from the EU.

There was, as usual, plenty of theatre as the Queen formally opened Parliament for the second time in two months. But to demonstrate this was a “people’s government”, the Queen, accompanied by Prince Charles — Prince Philip, at 98, has retired from royal duties — drove to the Palace of Westminster the short distance from Buckingham Palace for the state opening of Parliament in a Bentley instead of a horse drawn carriage.

While Charles stuck to morning dress, the Queen dispensed with her ceremonial robes and instead wore a mint green outfit with a matching hat. It must have been relief for her she did not have to bother with the heavy imperial state crown but this was carried in front of her on a cushion as she entered the House of Lords (which now has quite a few Indians).

To be sure, she has done it before — this was the 68th Queen’s Speech of Elizabeth II’s reign, and the 66th to be delivered by her in person.

Trumpeters sounded a fanfare as she entered the Lord’s chambers. “Black Rod” then went off to summon the members of the House of Commons, where the doors was banged shut in his face to show the independence of elected representatives of the people. But on banging three times, it opened and Black Rod bellowed: “Mr Speaker, the Queen commands this House to attend…”

As Boris walked in, flanked by a grim looking Jeremy Corbyn, the Labour leader contrived to exchange not a single word with the Prime Minister who inflicted the equivalent of a crushing innings defeat on him — an 80 seat majority.

“Thereafter, my Ministers will seek a future relationship with the European Union based on a free trade agreement that benefits the whole of the United Kingdom. They will also begin trade negotiations with other leading global economies.”

The next priority was the NHS: “For the first time, the National Health Service’s multi-year funding settlement, agreed earlier this year, will be enshrined in law.

“Steps will be taken to grow and support the National Health Service’s workforce and a new visa will ensure qualified doctors, nurses and health professionals have fast-track entry to the United Kingdom.”

Then keeping in mind the fatal London Bridge stabbings by the Pakistani-origin terrorist Usman Khan, she said: “New sentencing laws will ensure the most serious violent offenders, including terrorists, serve longer in custody.”

The Queen also emphasised: “The integrity and prosperity of the United Kingdom is of the utmost importance to my Government.”

This is now in serious danger because the Scottish National Party, having 48 out of 59 seats in Scotland with 45 per cent of the vote, is now pressing for an independence referendum.

SNP First Minister in Scotland, Nicola Sturgeon, got in an hour or so before the Queen’s speech with her own declaration in Edinburgh where she issued a 32-page document.

She is likely to pose the biggest challenge to Boris, which she made clear as she said: “It is a fundamental democratic principle that decisions on Scotland’s constitutional future should rest with the people who live here.

“Last week’s general election has only strengthened that mandate.”