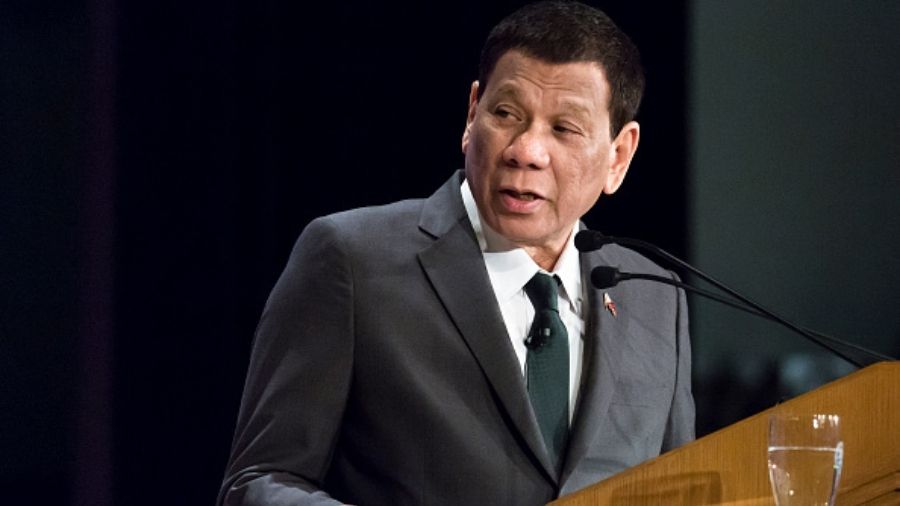 Philippine leader Rodrigo Duterte on Thursday declared that the presidency was no job for a woman because of their emotional differences to men, and dismissed speculation that his daughter would succeed him next year.

“My daughter is not running. I have told Inday not to run because I pity (her) knowing she will have to go through what I am going through,” Duterte said at the launch of a highway project, referring to his daughter Sara by her nickname.

“This is not for women. You know, the emotional set-up of a woman and a man is totally different. You will become a fool here. So... that is the sad story.”

The Philippines has had two women presidents, Gloria Macapagal Arroyo and Corazon Aquino.

Duterte, 75, is notorious for comments often deemed offensive, sexist and misogynistic, but his office typically calls his remarks harmless jokes. He remains hugely popular among female voters in the Philippines.

Daughter Sara Duterte-Carpio, 42, who succeeded him as mayor of Davao City, came top in a recent opinion poll that asked the public to choose a preferred candidate from a list of possible contenders for the 2022 elections.

Responding to Duterte’s remarks, Cristina Palabay of human rights group Karapatan said women are as capable as men in any job. “What matters most ... is if the interests of the poor majority are upheld,” she said.

Duterte-Carpio has cultivated an image as a reluctant successor as mayor of Davao, where she is hugely popular for showing the same tough, no-nonsense character as her father, who ran the city for two decades and has openly told police to kill criminals.