Luzon island was the worst hit, strong tremors were felt in Manila. Several people dead as landslides were triggered in the north. 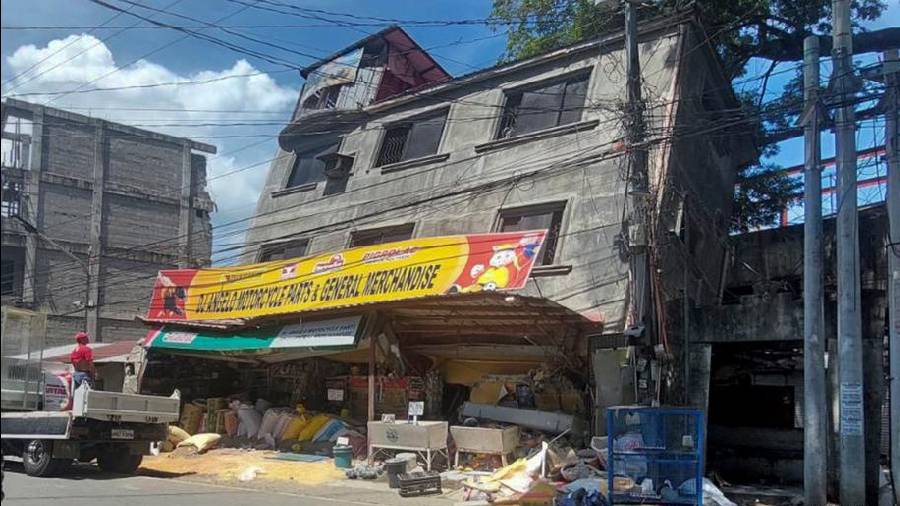 A powerful 7.1 magnitude earthquake struck the Philippines on the island of Luzon on Wednesday, killing at least four people and damaging buildings as well as triggering landslides.

Tremors as far away as the capital Manila, where high-rise buildings were evacuated.

Interior Secretary Benjamin Abalos said at a news conference that two people were killed in Benguet province, one in Abra province, and one more in another province. Electricity has been automatically cut off in some affected areas as a safety precaution.

"This is a major earthquake. We expect strong aftershocks," said Renato Solidum, director of the state seismology agency, who added that the "the focus of attention is on Abra and nearby provinces."

The epicenter was near the town of Lagangilang in Abra province. The province is home to 250,000 people and surrounded by rugged mountains.

A hospital in Abra partially collapsed following the quake, but local officials said no casualties had been reported.

"We are still experiencing aftershocks," Rovelyn Villamor, the mayor of Lagangilang near the quake epicenter in Abra province, told the DZRH radio station.

The office of President Bongbong Marcos said it has dispatched rescue and relief teams to the area.

Eric Singson, a congressman from the nearby Ilocos Sur province, told the DZMM radio station that the quake had been felt strongly there, too.

"The earthquake lasted 30 seconds or more. I thought my house would fall," he said.

"Now, we are trying to reach people.... Right now there are aftershocks so we are outside our home."

Meanwhile, in Manila, the city's metro rail systems were halted and major buildings including the Senate were evacuated.

The Philippines lies along the Pacific "Ring of Fire," an arc of faults across the Pacific Ocean where most of the world's quakes occur.