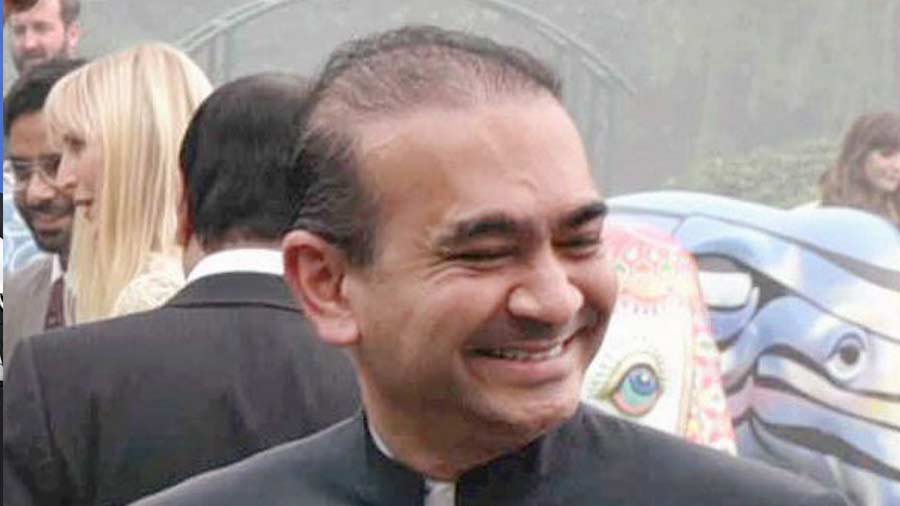 Fugitive diamond merchant Nirav Modi has filed an application in the High Court here, seeking permission to appeal against its decision to extradite him to India in the UK Supreme Court.

The 51-year-old businessman lost an appeal on mental health grounds earlier this month, when a two-judge High Court bench ruled that his risk of suicide was not such that it would be either unjust or oppressive to extradite him to India to face charges of fraud and money laundering in the estimated USD 2 billion Punjab National Bank (PNB) loan scam case.

Nirav, who remains behind bars at Wandsworth Prison in London, had two weeks to file an application seeking an appeal on the grounds of a point of law of general public importance, which according to experts is a high threshold that is not met very often.

It is unknown if and when extradition may take place as Nirav Modi still has legal challenges open to him, UK Home Office sources said.

The Crown Prosecution Service (CPS), acting on behalf of the Indian authorities, is now expected to respond to the latest application, following which a High Court judge is to give a ruling on paper without a full hearing.

The entire process may eventually fall into the New Year, given the Christmas holiday period next month.

On November 9, Lord Justice Jeremy Stuart-Smith and Justice Robert Jay who had presided over the appeal at the Royal Courts of Justice in London ruled that they were "far from satisfied that Mr Modi's mental condition and the risk of suicide are such that it would be either unjust or oppressive to extradite him".

Their verdict also found every reason to accept that the government of India (GOI) will treat its assurances on Nirav's medical care at Barrack 12 of Arthur Road Jail in Mumbai with "appropriate seriousness".

"On the basis of the assurances that the GoI has given, we accept that there will be suitable medical provision and an appropriate plan in place for the management and medical care of Mr Modi, which will be provided in the knowledge that he is a suicide risk (i.e. a person who, in the absence of preventative measures, may or will attempt suicide and will or may succeed)," the judgment read.

If his attempt to have his appeal heard in the Supreme Court fails, in principle, Nirav can apply to the European Court of Human Rights (ECHR) to try and block his extradition on the basis that he will not receive a fair trial and that he will be detained in conditions that breach Article 3 of the European Convention on Human Rights, to which the UK is a signatory.

The threshold for an ECHR appeal is also extremely high because he would also have to demonstrate that his arguments on those grounds before the UK courts have been previously rejected.

The dismissal of the High Court appeal earlier this month marked a major win for the Central Bureau of Investigation (CBI) and Enforcement Directorate (ED) case against the businessman, who has been in prison since his arrest on an extradition warrant in March 2019.

The latest High Court ruling noted three sets of criminal proceedings against the diamantaire in India the CBI case of fraud on the PNB which caused losses equivalent to over 700 million pounds, the ED case relating to the alleged laundering of the proceeds of that fraud and a third set of criminal proceedings involving alleged interference with evidence and witnesses in the CBI proceedings.

Then UK Home Secretary, Priti Patel, had ordered Nirav's extradition based on Judge Sam Goozee's Westminster Magistrates' Court ruling in April 2021 and the case has been undergoing an appeals process since then.