The unveiling of a statue of Mandela, with arms outstretched, at the UN building in New York on Monday opens a peace summit at the General Assembly 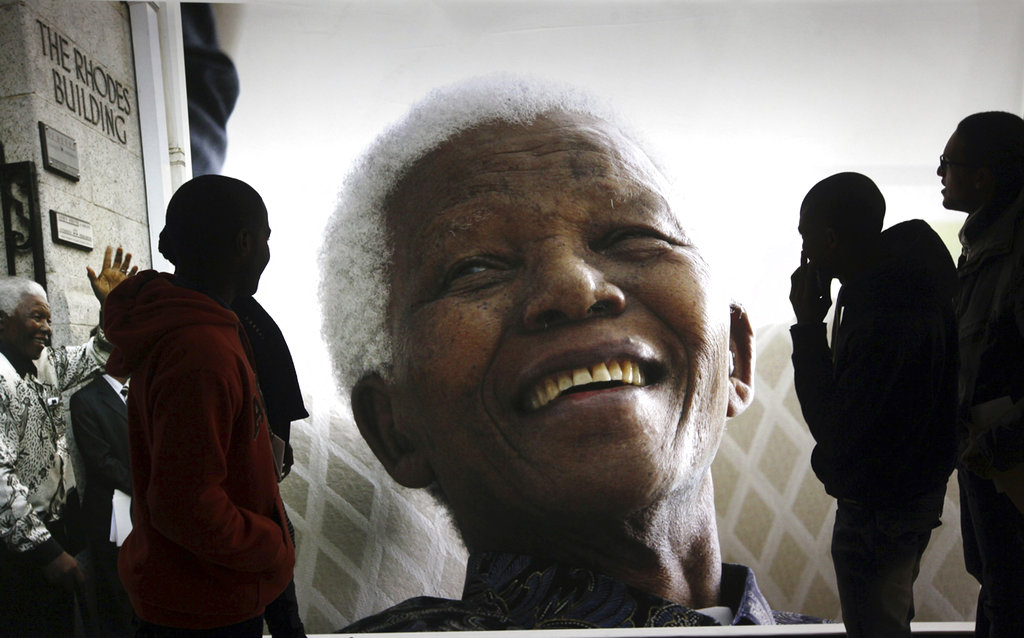 Nelson Mandela’s South African journey from anti-Apartheid leader to prisoner to President to global statesman — the Long Walk to Freedom of his autobiography title — is one of the 20th century’s great stories of struggle, sacrifice and reconciliation. Now the United Nations is seeking to harness its soaring symbolism.

The unveiling of a statue of Mandela, born 100 years ago, with arms outstretched, at the UN building in New York on Monday opens a peace summit at the General Assembly, where world leaders will once again address the planet’s pressing problems: war, poverty, disease, migration and climate change.

They’ll do so amid a massive security operation in a city where Mandela was welcomed by exultant crowds in 1990, a few months after he walked out of a South African jail, ending 27 years of imprisonment under the country’s white minority government.

“South Africa will be free,” Mandela said during that visit, and indeed, he became the country’s first black president in its first multi-racial elections four years later. His death in 2013 at age 95 brought a global outpouring of grief and tributes.

But there is something of a distinction between the main global perception of Mandela — the moral colossus whose resolve and generosity of spirit, tactical as well as genuine, inspired people in Colombia, Northern Ireland and other places struggling with seemingly intractable conflicts — and a growing body of opinion at home that he and his party were too quick to accommodate South Africa's white minority, which lost political control but still dominates industry in one of the world’s most economically unequal societies.

Despite South Africa’s sense of unfinished business, it is a country enormously proud of the tall, charismatic orator with a broad smile and ironclad principles whose image and words were banned by his former captors, rendering him virtually invisible to the outside for decades. Mandela’s universality means that he also belongs to the world, which has wrestled with a fresh set of economic and political ruptures of late.

In July, former US President Barack Obama traveled to Johannesburg and spoke about how Mandela, by offering the possibility of “moral transformation”, means as much to the globe as he does to South Africa.

“At the outset, his struggle was particular to this place, to his homeland — a fight to end apartheid, a fight to ensure lasting political and social and economic equality for its disenfranchised non-white citizens,” Obama said. “But through his sacrifice and unwavering leadership and, perhaps most of all, through his moral example, Mandela and the movement he led would come to signify something larger.”

The United Nations is declaring 2019-2028 as the “Nelson Mandela Decade of Peace”, and a declaration being adopted at Monday’s peace summit identifies the personal qualities that made him a transcendent humanitarian — “humility, forgiveness and compassion” — and connects them with UN goals, including disarmament, human rights and poverty alleviation.

It also warns of “challenges to the primacy of multilateralism”, a catch-all term that could refer to trade disputes between the administration of US President Donald Trump and other countries, or the European Union’s Brexit challenge, or other pressures testing the idea of shared values on which the UN was founded after World War II.

The declaration’s signatories recognise “that the world has changed significantly since the founding of the United Nations, and acknowledge that global peace eludes us to this day”, it says. But the tone is hopeful — “we must make the impossible possible” — and the document singles out South Africa for praise, remembering the country’s dismantling of its nuclear weapons program toward the end of apartheid and Mandela’s appeal for the “total elimination of nuclear weapons”.

Mandela’s plea is no closer to reality, and other elements of his legacy are under threat. In 2016, South Africa said it was withdrawing from the International Criminal Court, though a South African court later ruled against the move to pull out of the Hague-based tribunal, which was launched in 2002 and pursues perpetrators of the world’s atrocities. Mandela had been a strong advocate for the court’s creation.

The shine has come off the “rainbow nation” that was internationally admired in its early post-apartheid years during Mandela’s presidency. South Africa struggles with fallout from allegedly massive corruption under former president Jacob Zuma, and a contentious debate about land reform reflects the frustrations of many in the black majority who think their country has let them down since they got the right to vote.

Still, it has one of the biggest economies in Africa, as well as a relatively robust judicial system and civil society.

“For all our shortcomings and simmering tensions, our country was truly inspirational, and it still is. In recent years it had become harder to sell the South African miracle, as our detractors would point to rampant corruption, cronyism, and the masses who are yet to share in the dividends of peace,” Shannon Ebrahim, foreign editor for the Independent Media Group in South Africa, wrote in a column.

Monday is also a public holiday in South Africa, Heritage Day, introduced when Mandela was president to celebrate the country’s cultural diversity.

According to accounts, Mandela wanted to be seen as a normal human being with both flaws and virtues, and not as an icon or legend. In 2007, he spoke at the dedication of a statue in his likeness opposite the Houses of Parliament in London, and his talk about the symbolism, not the man, seems equally apt for the new statue at the United Nations.

“We trust that the statue will be a reminder of heroes and heroines past,” Mandela said, “as well as an inspiration for continuing struggles against injustice”.