Need to starve terrorists of financing and emerging technologies: UK 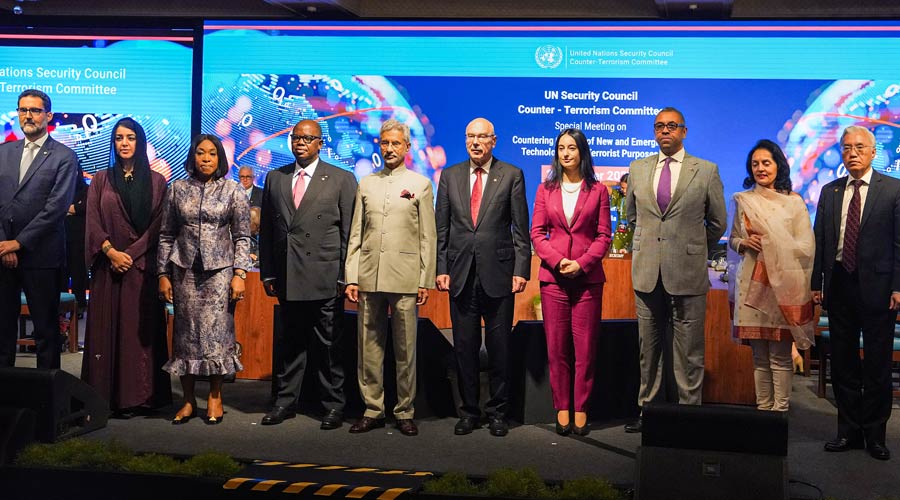 The international community must work together to "starve" terrorists of finance and emerging technologies to stop destruction around the world, British Foreign Secretary James Cleverly said on Saturday.

In an address at the meeting of the UN Security Council's Counter-Terrorism Committee, Cleverly called on countries to fight "online" terrorism including global terror recruitment campaigns.

"Within the space of two decades, terrorists have gone from circulating crackly voice recordings from the depths of Tora Bora, to global online recruitment and incitement campaigns, to live-streaming attacks," he said.

"Online incitement has radicalised vulnerable people in far-off countries who have gone on to use rental vans as weapons of terror," Cleverly said.

"So we must continue to work together to fight terrorist ideologies online," the British foreign secretary added.

Cleverly said the international community must "starve terrorists of the finance and emerging technologies that will cause death and destruction around the world".

India hosted the meeting of the UN Security Council Counter Terrorism Committee in its capacity as its chair.

While the first day's meeting took place in Mumbai on Friday, second day's deliberations were in Delhi on Saturday.

The UK's Counter Daesh Communication Cell, in partnership with the US and UAE governments, works to challenge Daesh propaganda, according to the British High Commission.

It said the UK is also working to stop terrorists exploiting online platforms and to push technology companies to crack down harder on extremist online content through the G7 and the Global Internet Forum to counter terrorism.

Around the world unmanned aerial systems are being used to inflict terror. The UK is funding new technology to tackle these drones and stop terrorists from misusing them, the high commission said.

During the visit, the British foreign secretary announced further collaboration between the UK and India through British International Investment.