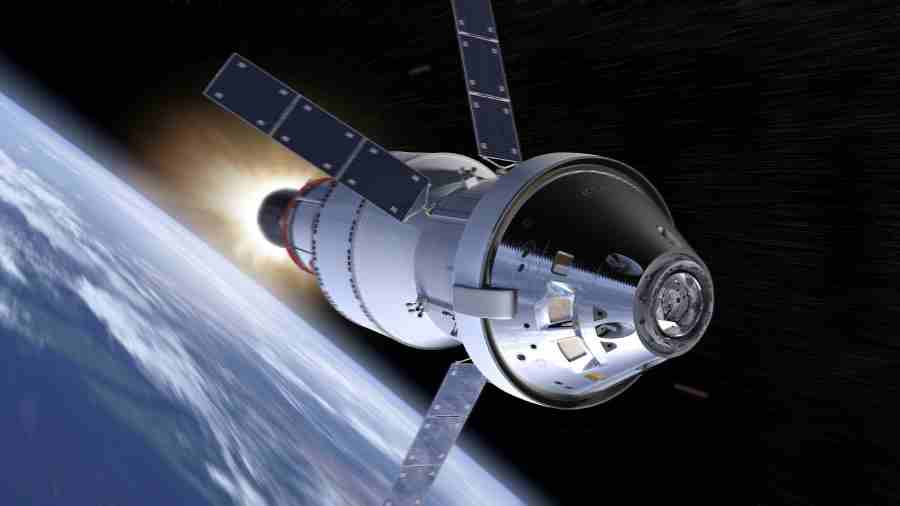 Nasa’s Orion spacecraft zipped past the moon’s far side on Monday, passing within 130km of the surface.

The spacecraft, which has no humans on board, has been travelling towards the moon since Wednesday when it was launched as part of the Artemis I mission. Its journey will last 20 more days.

The mission’s purpose is to verify that the Orion spacecraft works as designed and to allow Nasa to make any necessary adjustments and fixes before astronauts board for the Artemis II mission, which is not expected to take off until at least 2024.

A future mission involving the Orion spacecraft as well as a SpaceX vehicle will aim to land astronauts on the moon’s surface.

A few minutes before Orion’s closest pass with the moon on Monday, the capsule fired its engine for 2.5 minutes.

That accelerated its velocity as the spacecraft swung outward towards what is known as a distant retrograde orbit. Imagery from the flyby is expected to be released later on Monday.

The orbit is distant — 40,000 miles above the lunar surface; retrograde means that the spacecraft is travelling around the moon in the direction opposite to the way the moon travels around the Earth.

The spacecraft will be there for six days, providing an extended period of time for mission controllers to test out Orion’s systems.

NASA pointed out that it would be the farthest that any spacecraft designed to carry humans had ever been from Earth. (The previous record occurred during Apollo 13 when the crippled spacecraft had to swing around the moon for the trip back to Earth instead of entering orbit.)

Before the flyby, a camera on Orion provided sharp video of the moon growing ever larger as the spacecraft approached, capturing an earth set — the small blue marble of Earth slipping behind the big grey disk of the moon in the foreground.

With Orion behind the moon, Nasa’s mission controllers lost contact with the spacecraft, as planned.

Thus, they did not know that the engine firing had succeeded until Orion emerged again 34 minutes later.

Artemis I lifted off on Wednesday on top of Nasa’s big new Space Launch System rocket from the Kennedy Space Center in Florida.

Except for minor glitches, the Artemis I flight has proceeded smoothly. They included Orion’s star trackers being momentarily confused when the spacecraft’s thrusters fired.

The flyby exercised the major piece of Artemis that is not American.

The parts of the Space Launch rocket were built by Boeing, Northrop Grumman and the United Launch Alliance while the Orion capsule itself was built by Lockheed Martin.

However, the service module — the part of Orion below the capsule that houses the thrusters, solar arrays, communications equipment and other supplies — was built by Airbus.