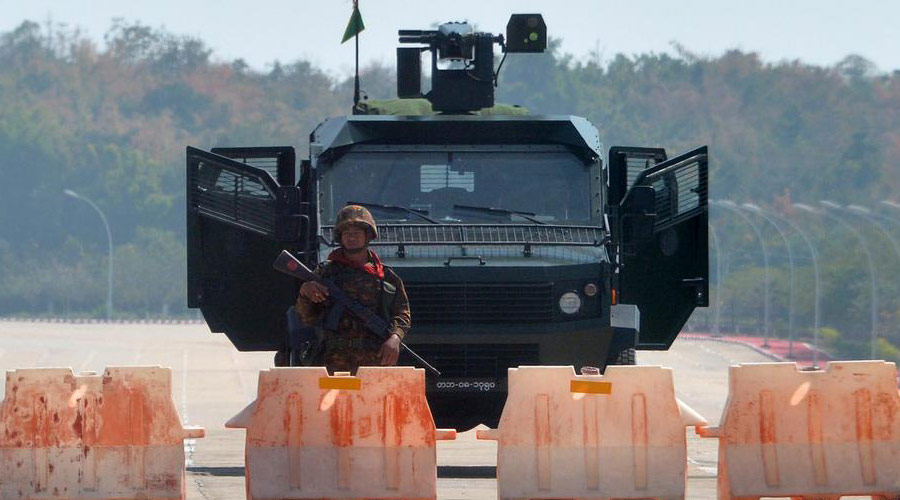 The Myanmar junta's National Defence and Security Council gave unanimous approval for the decision, according to state media.

Myanmar's junta will extend the state of emergency in the country for a further six months, state media reported on Monday.

The junta first declared a state of emergency after seizing power from the elected government of Aung San Suu Kyi in a coup in February last year.

Leader of the junta, Min Aung Hlaing requested the military government to "allow him to serve for an additional 6 months," according to a report in the Global New Light of Myanmar.

The report said members of the junta's National Defence and Security Council unanimously supported the decision.

State of emergency since 2021

However, doubts have been raised about whether the elections will take place at all.

The army alleges election fraud during the 2020 elections, which were won by Suu Kyi's National League for Democracy (NLD). Election monitoring groups have found no evidence of fraud.

Suu Kyi has been detained since the coup, and faces multiple charges.

Since the takeover, there has been a crackdown on dissent and press freedom. On Saturday, a Japanese video journalist was detained by security forces in Myanmar while covering a protest against military rule in Yangon, according to pro-democracy activists.

The Japanese government on Monday later confirmed that one of its citizens had been arrested in Myanmar, with Tokyo calling for his release.