The report is my testimony, special counsel says of Russia inquiry 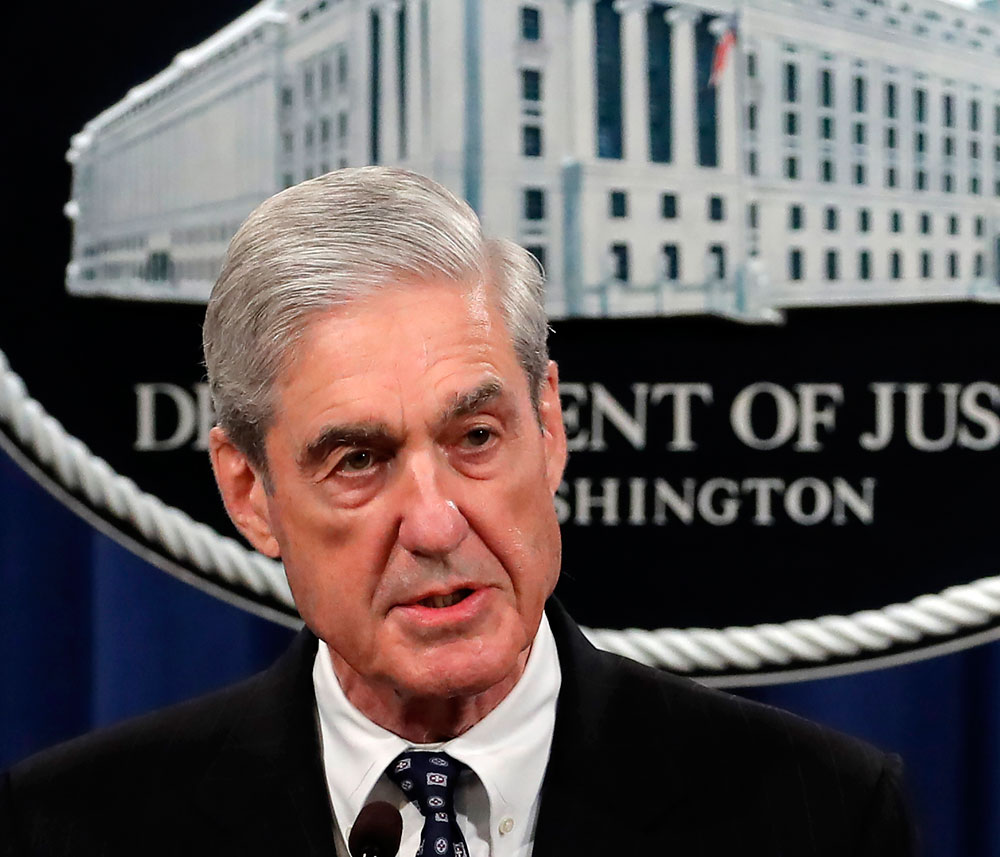 Robert S. Mueller III, the special counsel, on Wednesday characterised for the first time his investigation of whether President Trump obstructed justice, saying “if we had had confidence that the President clearly did not commit a crime, we would have said so”.

In what he said would be his only comments on his nearly two-year inquiry, he said that while the justice department policy prohibits charging a sitting President with a crime, the Constitution provides another process — a clear reference to the ability of Congress to impeach the President.

He suggested that he was reluctant to testify before Congress. “The report is my testimony,” he said. He said he was grateful to attorney-general William P. Barr for releasing the vast majority of it.

Reading from notes, he also stressed that Russia’s systematic effort to interfere with the 2016 presidential election “deserves the attention of every American”.

The White House was notified late on Tuesday that Mueller would be making a statement, a senior White House official said. Attorney- general William P. Barr was in Alaska meeting tribal leaders and federal and local officials.

Mueller has been at the centre of a fight between the Trump administration and House Democrats, who want to hear from him about his nearly two-year investigation into Russia’s election interference, possible coordination with the Trump campaign and whether President Trump obstructed justice.

The special counsel team concluded that there was no conspiracy by the Trump campaign to coordinate with Russia’s campaign of sabotage.

After Mueller’s 448-page report was released with redactions in April, House Democrats have sought the entire text and underlying evidence. Trump has said he would block all subpoenas from Democrats, stymieing their oversight efforts on a variety of issues, including whether he obstructed justice.

Some Democrats and one Republican have begun calling for an impeachment inquiry. Mueller objected to the portrayal of the special counsel’s findings provided by Barr. In particular, Mueller disputed Barr’s characterisation that the report’s conclusions cleared the President from charges of obstruction of justice.

In the report, Mueller detailed 11 instances in which prosecutors investigated whether the President was deliberately trying to obstruct the investigation.

“If we had confidence after a thorough investigation of the facts that the President clearly did not commit obstruction of justice, we would so state,” Mueller and his investigators wrote. “Based on the facts and the applicable legal standards, however, we are unable to reach that judgment.”

After Barr framed the findings, Trump declared himself vindicated. And Barr was said to be frustrated that Mueller did not make a decision about charging Trump for any of those 11 instances and instead left it to Barr. Democratic lawmakers want to hear from Mueller directly about whether he would have recommended charges were it not for the justice department’s position that a sitting President could not be indicted.

Trump announced last week that he was delegating extraordinary powers to Barr to investigate the origins of the Russia inquiry and declassify documents from American intelligence agencies.

The move prompted concerns among Democrats and current and former national security officials about the politicisation of intelligence, such as the administration declassifying only materials that support Trump’s view that the investigators illegally opened the inquiry.

The debate over whether Mueller would testify to Congress started even before the report was released. And Trump has vacillated on whether House Democrats could question Mueller while he was an employee of the justice department.