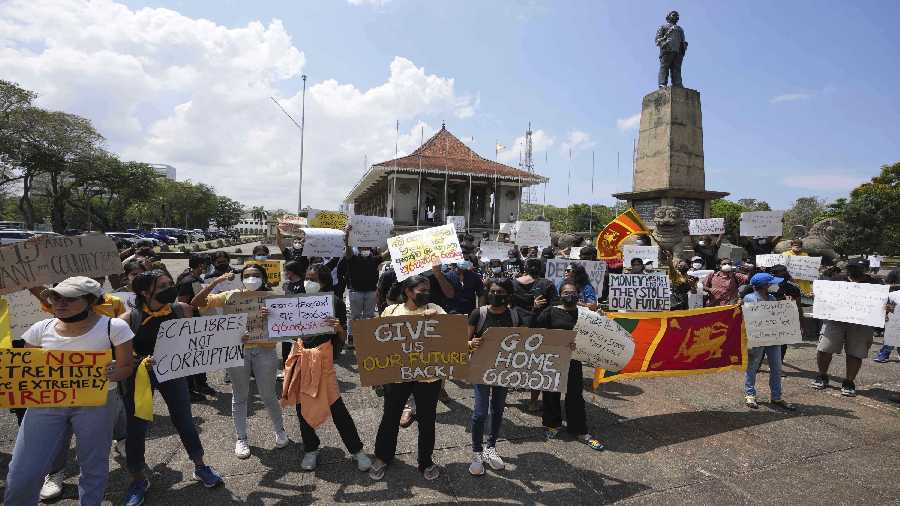 More Sri Lankans will slip into poverty this year, the World Bank has warned, as it urged the debt-ridden island nation to undertake urgent policy measures to address the high levels of debt, trim fiscal deficit, and mitigate the adverse impacts on the poor and vulnerable.

Sri Lanka is currently in the throes of an unprecedented economic turmoil since its independence from Britain in 1948.

Around 11.7 per cent of people in Sri Lanka earn less than USD 3.20 per day, the international poverty line for lower-middle income countries, up from 9.2 per cent in 2019, the Bank said in its Spring Update on the South Asian region.

The other reason for the increase in poverty rates in the country was because the government's Samurdhi programme, which covers around 1.2 million poor families in the country, remained inadequate.

Less than half of the poor were beneficiaries of the Samurdhi, Sri Lanka's social safety net programme, and benefit amounts remain largely inadequate, it said.

Due to the pandemic, the Sri Lankan economy has contracted by 3.6 per cent in 2020, it stated.

The World Bank's April 2022 update of Macro Poverty Outlook for Sri Lanka asserted that the heightened fiscal and external risks as well as the challenging political situation pose significant uncertainty to the economic outlook and the country faces an external financing gap in 2022 and beyond.

Sri Lanka's economic outlook is highly uncertain due to the fiscal and external imbalances. Urgent policy measures are needed to address the high levels of debt and debt service, reduce the fiscal deficit, restore external stability, and mitigate the adverse impacts on the poor and vulnerable, the international development lender said in its twice-a-year regional update.

The necessary adjustments may adversely affect growth and impact poverty initially, but it will correct the significant imbalances, subsequently providing the foundation for stronger and sustainable growth and access to international financial markets, it added.

Last week, the World Bank readied a USD 10 million package to Sri Lanka for the purchase of medicines and other essentials.

Sri Lanka needs at least USD 4 billion to tide over its mounting economic woes, and talks with international institutions such as the World Bank as well as countries like China and Japan for financial assistance have been going on.

Sri Lankan officials led by Finance Minister Ali Sabry were in Washington last week to negotiate with the International Monetary Fund for a bailout.

India has already agreed to defer USD 1.5 billion in import payments that Sri Lanka needs to make to the Asian Clearing Union.

Last week, the Sri Lankan government said it would temporarily default on USD 35.5 billion in foreign debt as the pandemic and the war in Ukraine made it impossible to make payments to overseas creditors.

Thousands of demonstrators have hit the streets since April 9, clamoring for the removal of Sri Lankan President Gotabaya Rajapaksa, blaming him for the gross mismanagement of the economy.