Britain sanctions senior Iranian security officials, saying the force had used threats of detention and violence to control what Iranian women wear and how they behave in public 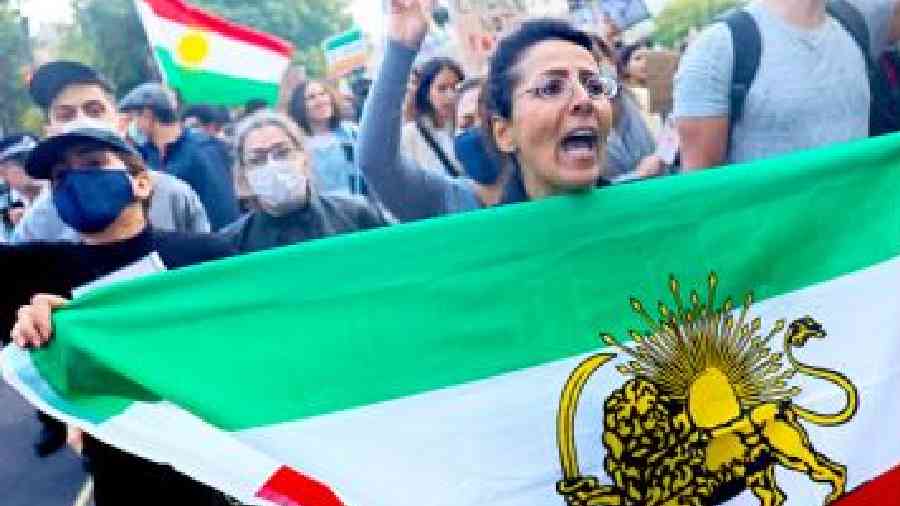 Britain said on Monday it had sanctioned senior Iranian security officials and the country’s “so-called Morality Police”, saying the force had used threats of detention and violence to control what Iranian women wear and how they behave in public.

The death of 22-year-old Mahsa Amini in police custody has sparked protests across Iran and internationally, with demonstrators calling for the downfall of Supreme Leader Ayatollah Ali Khamenei.

Citing her death and the subsequent protests, Britain said it had sanctioned the morality police in its entirety, as well as both its chief, Mohammed Rostami Cheshmeh Gachi, and the head of the Tehran Division, Haj Ahmed Mirzaei.

“These sanctions send a clear message to the Iranian authorities — we will hold you to account for your repression of women and girls and for the shocking violence you have inflicted on your own people,” foreign secretary James Cleverly said in a statement.

Iranian authorities have described the protests as a plot by Iran’s foes, including the US.

The sanctions were made using British laws designed to encourage Iran to comply with international human rights law and respect human rights.

They mean that those individuals named cannot travel to Britain and any of their assets held in Britain will be frozen.

Last week, the foreign ministry said it had summoned the Iranian charge d’affaires, Iran’s most senior diplomat in Britain, over the crackdown on the protests.

Protests have swept Iran, marking one of the boldest challenges to the Islamic Republic since the 1979 revolution.