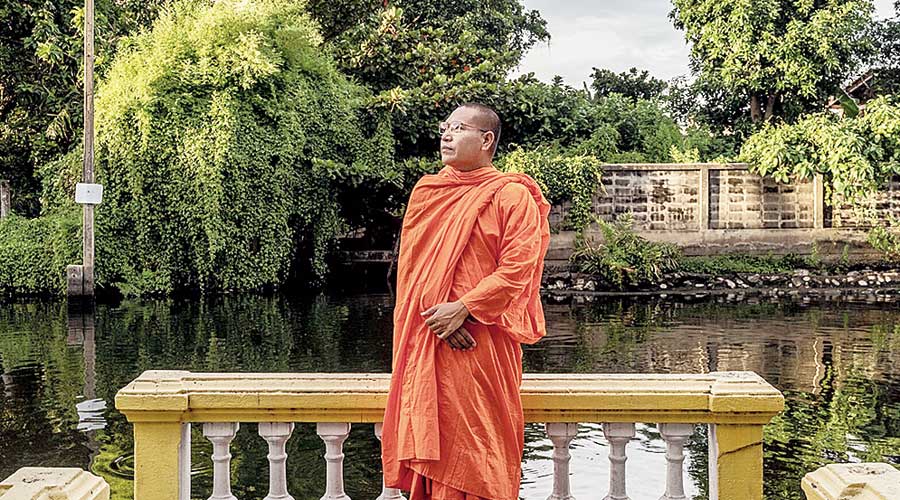 In just four days, the reputation of a Buddhist monk who had spent decades fighting for the human rights of Cambodians was destroyed.

First, grainy videos appeared on a fake Facebook page, claiming that he had slept with three sisters and their mother. Then a government-controlled religious council defrocked the monk for having violated Buddhist precepts of celibacy. Fearing imminent arrest, the monk fled Cambodia, destined for a life in exile, like so many people who have stood up to Asia’s longest-governing leader.

The monk, Luon Sovath, was the victim of a smear campaign this summer that relied on fake claims and hastily assembled social media accounts designed to discredit an outspoken critic of the country’s authoritarian policies. A New York Times investigation found evidence that government employees were involved in the creation and posting of the videos on Facebook.

His downfall shows how repressive governments can move with stunning speed to disgrace their opponents, using social media and technology to amplify their divisive campaigns. Under Prime Minister Hun Sen, the Cambodian government has repeatedly used falsified Facebook posts or manipulated audio to defame and imprison politicians, activists and other human rights defenders.

Facebook has come under fire in the US and India for disseminating hate speech and disinformation.

But its influence is even greater in places like Cambodia, where the social media platform is the only digital interface for millions of people. Since civil liberties are often constricted in such countries, Facebook can be a powerful tool for autocrats to bolster their grip on the state, even as it provides a rare space for free expression and activism.

During his nearly 35-year rule, Hun Sen — a onetime soldier for the genocidal Khmer Rouge and now an enthusiastic Facebook user — has decimated Cambodia’s political opposition. He has cozied up to China, eschewing aid from the West that was conditioned on improving human rights. Numerous high-profile activists and Opposition politicians have been assassinated over the years, their cases rarely investigated properly.

As scandals proliferate on its platform, Facebook has been criticised for being too slow in removing problematic accounts and pages, many fake. It took almost a month for Facebook to take down the page on which the videos smearing the Cambodian monk first aired.

In a statement to The Times about Luon Sovath’s case, Facebook said it had built up a team in Cambodia to better monitor the local situation.

“We recognise the important role that Facebook plays in enabling expression in Cambodia,” the company said. “We want people to feel safe when they’re using our platform, which is why we take reports of impersonation and other violations of our community standards seriously.”

Last month, Luon Sovath, who is now in Switzerland after receiving a humanitarian visa, was charged in absentia by prosecutors in Siem Reap Province with raping one of the sisters, escalating the accusations in the videos.

The sex charges against Luon Sovath, one of Cambodia’s most celebrated activist monks, went viral. Copies of the videos, which purported to show Facebook Messenger calls between the monk and some of the women, were shared widely on the social media platform.

He has denied the rape charges, along with accusations that he had sexual relations with any of the women.

Clues in the videos, uncovered by The Times, also undercut the claims.

An analysis found split-second footage in which key personal information of two government employees briefly flashes onscreen. The employees work for the Press and Quick Reaction Unit, a propaganda arm of the Cambodian cabinet.

The videos were uploaded on a Facebook page that assumed the identity of one of the sisters, Tim Ratha, who denied both ownership of the page and any sexual relationship with the monk. The page was created the day the videos were posted and lifted photographs from the sister’s real Facebook account.

A fake Facebook account in the monk’s name was also linked to the videos. It, too, stole images from Luon Sovath’s real account and was established one day before the videos came out.

While the Facebook page has been taken down, the videos are still circulating. The two government employees linked to the production of the videos remain on Facebook, posting makeup tips and animal memes on their timelines.

In some developing countries, the Silicon Valley company’s influence is outsized because smartphone users looking for cheap digital packages rely on its products as their sole source of information online. The dependence can be deadly.

Over the years, Luon Sovath said, he has been the repeated victim of fake Facebook accounts set up in his name and reported them to the company.

“I want to say to Facebook, you should help to restore and defend human rights and democracy in Cambodia,” Luon Sovath said.

Luon Sovath, 42, was ordained as a monk at 12 years old. As government repression proliferated under Hun Sen, the monk began preaching human rights from his pagoda.

While politicians and activists who spoke up against Hun Sen’s government were jailed, exiled or even killed, Luon Sovath appeared to be protected by his saffron-hued robes.

But in elections two years ago, the governing Cambodian People’s Party won every seat in Parliament after the main Opposition party was disbanded and its leader imprisoned. The independent news media was eviscerated.

Luon Sovath said he knew he was living on borrowed time. “They went after Opposition politicians, NGOs, human rights activists, and now it comes to my turn,” he said.

On May 30, four videos appeared on a Facebook page that had been set up earlier in the day. The page masqueraded as that of Tim Ratha, a 30-year-old nurse whose family has a house and grocery store across the street from the monk’s pagoda.

Shortly after the videos appeared on Facebook, the police in Siem Reap demanded Tim Ratha report to the station at night, she said.

Their questions were rapid-fire and intimidating, she said. Why would you have a sexual relationship with a monk, with your sisters and mother no less? What is your Facebook password? That’s your phone, isn’t it?

Tim Ratha denied everything, even as her voice was shaking from fear, she recalled. “We are just victims,” she said. “We didn’t commit anything wrong.”

The four videos consist of nothing more than fuzzy footage of smartphones with the monk’s fake Facebook profile on the screens. Audio seems to emanate from the phones, as if he is chatting with the women on Messenger.

At two points the videos go off script. In one instance, the thumb holding the phone slips for less than a second and pulls up a list of Facebook Messenger friends.

Two are brothers of Yeng Sreypoch, one of the employees of the Press and Quick Reaction Unit. Another is her relative and two more are friends from her hometown.

In another video, an online notification from Telegram, the messaging application, appears for a moment, delivered to an account user named “sopheapm.” That name is used on Telegram by Miech Sopheap, the other employee.

Miech Sopheap and Yeng Sreypoch declined repeated requests for comment. They are two of the three “friends” of the fake Facebook account in Luon Sovath’s name.

Tith Sothea, the head of the unit, said in a statement that his office had nothing to do with the videos.

Facebook said that it took down the fake page where the videos appeared on June 27, after a trusted partner reported its existence. Human Rights Watch acknowledged it was that partner.

The conversations in the videos are purportedly between Luon Sovath and Tim Ratha or Som Bopha, her mother. There are a few sexually suggestive references.

The monk and the two women said that some of the audio is from phone conversations they had. But they say that these chats were edited in a misleading way.

And there are other parts of the audio, all three said, that are not them at all, such as references to specific sexual encounters.

In Switzerland, Luon Sovath said he was adjusting to life in exile. His thin monastic robes are sufficient for summer, but when the snows come his tropical inner thermostat will have to adjust, he said. He keeps to a Buddhist monk’s schedule, fasting after noon and meditating.

“I want to go home,” he said. “But I had no choice to run away from my country and become a refugee.”