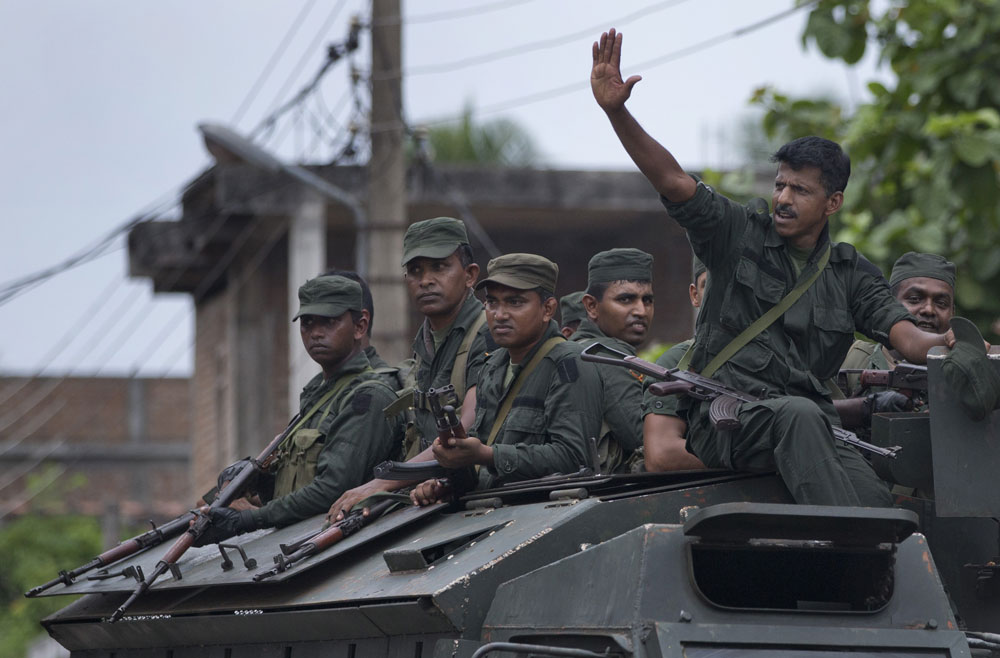 Sri Lankan security officials have warned that militants behind the Easter Sunday’s suicide bombings are planning attacks and could be dressed in uniform.

The militants were targeting five locations for attacks on Sunday just passed or on Monday, security sources said. “There could be another wave of attacks,” the head of the police ministerial security division (MSD) said in a letter to lawmakers and other officials seen by Reuters on Monday.

“The relevant information further notes that persons dressed in military uniforms and using a van could be involved in the attacks.”

There were no attacks on Sunday and security across Buddhist-majority Sri Lanka has been ramped up, with scores of suspected Islamists arrested since the April 21 attacks on hotels and churches that killed more than 250 people, including 40 foreign nationals.

The government has also banned women from wearing face veils under an emergency law that was put in place after the attacks.

There were concerns within the Muslim community that the ban could fuel tensions in the multi-ethnic nation. But government officials said it would help security forces identify people as a hunt for any remaining attackers and their support network continues across the Indian Ocean island, which was gripped by civil war for decades until 2009.

The Archbishop of Colombo, Malcolm Ranjith, said that security had not been sufficiently stepped up around churches. “We are not satisfied with the security arrangements and urge authorities to ensure our safety,” he told reporters.

Prime Minister Ranil Wickremesinghe said a tight-knit group of people was involved, mostly close friends and families. They spoke face-to-face, possibly to evade electronic surveillance. “They were small enough that they were not using normal communications, instead meeting each other,” Wickremesinghe said.

He added that the coordinated bombings, the type of explosives used and the tightly guarded plot suggested the bombers had guidance. “ISIS has claimed, we also felt there has to be some international links,” he said, referring to the Islamic State.

Authorities believe Zahran Hashim, the founder of NTJ, was the mastermind and one of the nine suicide bombers.

One military source said five sets of white attire commonly worn by Buddhists when visiting temples were recovered from a safe house in the east, the site of a gun battle on Friday that killed Zahran’s father and his two brothers.

His wife and daughter escaped an explosion with minor injuries, hospital staff and police said.

Sirisena fired Wickremesinghe last year, after months of tension, only to be forced to reinstate him under pressure from the Supreme Court.

Since then their relationship has deteriorated further to the point where their factions actively try to undermine each other, including not sharing security information, defence sources say.

Sirisena said on Monday he had appointed Chandana Wickramaratne, the second in command at the police, as acting police chief.