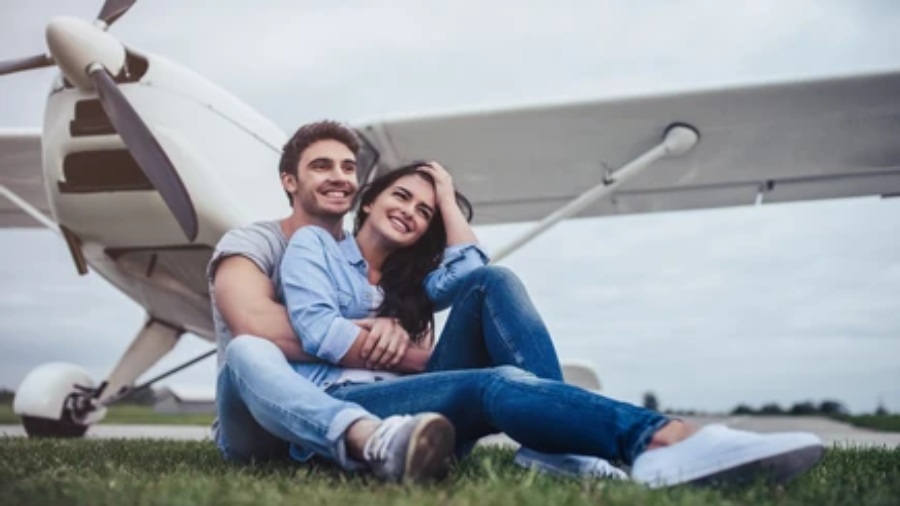 For $995, Love Cloud will fly you and a partner in a private airplane for 45 minutes so that you can have sex.

Granted, you don’t have to have sex on the plane. You could pay $1,195 to get married on board. For $100 more, it can be booked for a romantic one-course meal; for $1,595, you’ll get three courses. With any package, an extra $300 will get you a bottle of bubbly and ride to the tarmac in a limousine.

But according to Andy Johnson, 40, a pilot and the founder of Love Cloud, its Mile High Club Flight, which comes with a commemorative membership card signed by the pilot, remains the business’s most popular offering.

He spoke with great passion and good humour about his business, which operates out of the North Las Vegas Airport, calling its two Cessna 414 planes “magic carpets” and gleefully recounting the kinks and quirks of some of its more memorable clients, including a couple that showed up dressed as a pilot and flight attendant. Love Cloud mostly books couples, but has accommodated groups of three or four, with an additional fee of $200 per person.

Those who buy the Mile High Club Flight will find a plane decked out with a twin mattress on the floor and several pillows, all ensconced in red satin. A curtain separates the passengers from the pilot, who wears noise-cancelling headphones and remains in the cockpit for the duration of the flight.

Customers who purchase a Romantic Dinner Flight will find the mattress replaced with a table, chairs and a small bar. But aside from the optional champagne, no alcohol is served.

“We help keep people from divorcing, I’ll tell you that right now,” Johnson said. Chris Gutierrez Lopez, 30, a customer-support agent who lives in Rohnert Park, California, surprised his partner of 10 years, Diego Fuentes, with a Love Cloud dinner flight in November 2021 after the two went through a rough patch.

“I was in trouble with my partner, so I had to make sure it was more for him than me,” Lopez said in a phone interview. “That’s why I got the romantic package rather than the mile high.” Once on board, the two were served a three-course meal from Mezzo Bistro, a restaurant in Las Vegas, which provides the food on all dinner flights.

His plan was a success. “When we finally got into the airplane, he was smiling ear to ear,” said Lopez, who added that, if they book another flight, he plans to do things a bit differently. “Next time it’s mile high,” he said.