Group of Afghans who worked for The NYTNS, along with their families, touched down safely early on Wednesday in Mexico 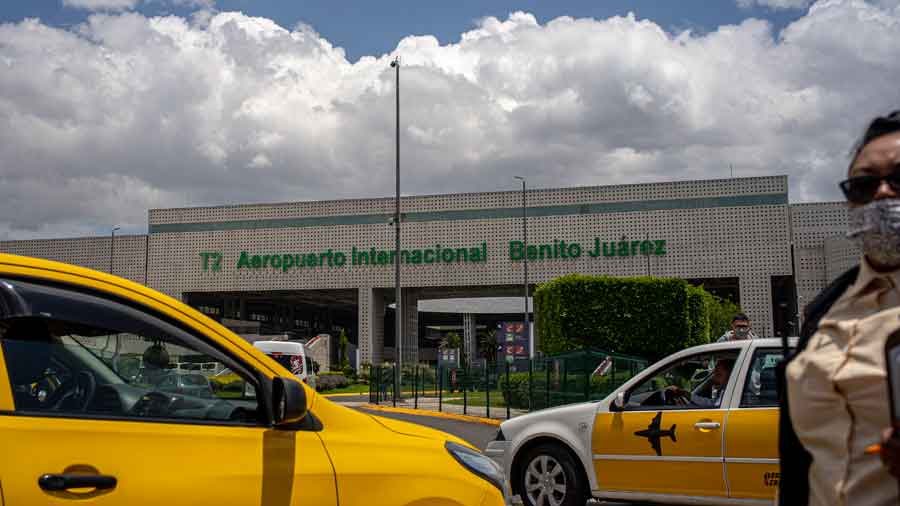 A group of Afghans who worked for The New York Times, along with their families, touched down safely early on Wednesday — not in New York or Washington, but at Benito Juarez International Airport in Mexico City.

The arrival of the 24 families was the latest stop in a harrowing escape from Kabul. And Mexico’s role in the rescue of journalists from The Times and, if all goes as planned, The Wall Street Journal offers a disorienting glimpse of the state of the American government as two of the country’s most powerful news organisations frantically sought help far from Washington.

Mexican officials, unlike their counterparts in the US, were able to cut through the red tape of their immigration system to quickly provide documents that, in turn, allowed the Afghans to fly from Kabul’s embattled airport to Doha, Qatar. The documents promised that the Afghans would receive temporary humanitarian protection in Mexico while they explored further options in the US or elsewhere.

“We are right now committed to a foreign policy promoting free expression, liberties and feminist values,” the Mexican foreign minister, Marcelo Ebrard, said in a telephone interview. Citing a national tradition of welcoming everyone from the 19th-century Cuban independence leader José Martí to German Jews and South Americans fleeing coups, he said Mexico had opened its doors to the Afghan journalists “in order to protect them and to be consistent with this policy”.

Ebrard added, explaining the country’s swift work, “We didn’t have time in order to have the normal official channels.”

The path of the Afghan journalists and their families to Mexico was as arbitrary, personal and tenuous as anything else in the frantic and scattershot evacuation of Kabul. Ebrard was at home around 5pm on August 12, when he got a message on WhatsApp from Azam Ahmed, a former chief of The Times’s Kabul and Mexico bureaus, who is on book leave.

“Is the government of Mexico willing to receive refugees from Afghanistan?” asked Ahmed, who maintained a cordial relationship with Ebrard despite occasionally heated Mexican government criticism of his coverage. “We have people there, good people, who are trying to get out.”

Ebrard quickly responded that it wouldn’t be possible. Then, he said, he thought about whether his department could circumvent what would typically be “hours and hours” of process and a cabinet meeting. “And so I called the President and explained the situation,” he said.

President Andrés Manuel López Obrador agreed that “the situation was moving very fast, and the decision should be taken at the same speed”, Ebrard said in an interview this week.

“We looked at this request not as foreign policy between Mexico and the US,” he continued. “Instead, it’s a common position between someone who was a New York Times reporter in Kabul several years ago and myself, who was in the position to make some decisions.”

Ebrard wrote back to Ahmed around 6.30pm to say Mexico was ready to help by providing assurances — to a charter airline, or another government — that it would accept a list of Afghans.

As the Taliban closed in on Kabul, however, the situation changed. The commercial airport shut down, and for a time only American military flights would depart. Qatar, where the US jets landed, would usually accept Afghans only if officials there could be assured that they would move on to a third country.

Many of the details of the Afghans’ passage are being kept confidential by news organisations, in part for fear of flooding the narrow channels of escape. The Times did not promote its arrangement with Mexico. After it was reached, Mexico extended its invitation to The Wall Street Journal and The Washington Post. The editor in chief of The Journal, Matt Murray, said the paper planned to send its team, now in Qatar and Ukraine, on to Mexico. A spokeswoman for The Post declined to comment on its plans.

While the US has ramped up its evacuation flights, the politicised and bureaucratic American immigration system has struggled to meet the crisis. Many of the special visas that the US has issued to journalists require them to spend at least a year in a third country, presumably to satisfy the forces warning that Muslim immigrants may be terrorists working under extremely deep cover.

So governments around the world are stepping in, as they did when Syrian journalists fled that country’s war — most of them to find homes in Europe.