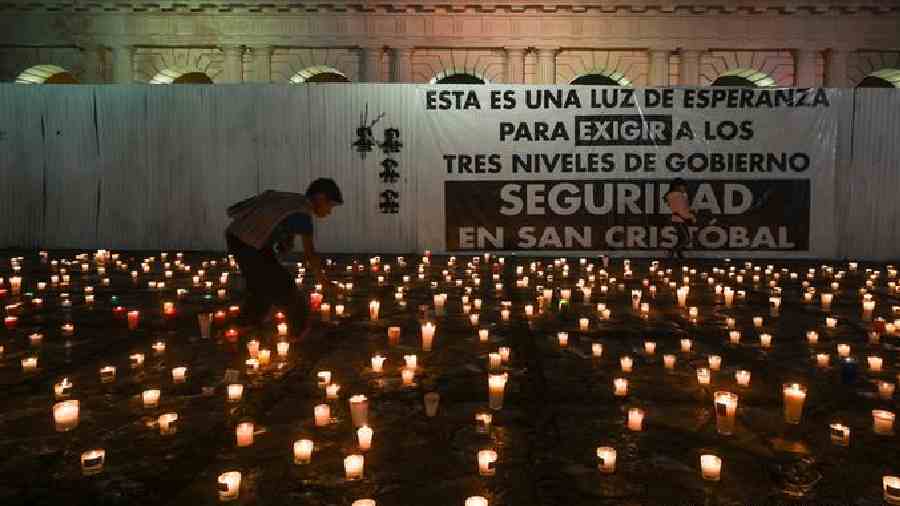 Mexican journalists held a candlelight vigil in March for their slain colleagues amid attacks on members of the press
Deutsche Welle
Deutsche Welle   |   Published 17.08.22, 01:11 PM

A crime reporter was found dead in northwestern Mexico, authorities said on Tuesday, in what has become the country's deadliest year for journalists in recent memory.

Independent journalist Juan Arjon Lopez, 62, ran a news page on Facebook. He was reported missing on August 9. This week, his body was identified in the border town of San Luis Rio Colorado based on his tattoos and fingerprints.

"He had a webpage [where] he covered security topics, he was known and recognized in San Luis," Balbina Flores of Reporters Without Borders told Reuters news agency. Lopez's last post before his death was a story about a drug bust.

An autopsy found the cause of death was blunt-force trauma to the head. The state of Sonora's chief prosecutor, Claudia Contreras, said law enforcement officers are now investigating whether the killing was related to Lopez's work as a journalist.

The group said Mexico is now one of the most dangerous countries in the world for journalists, outside of war zones.

Last week, four radio station employees were killed in the border town of Ciudad Juarez. Officials blamed the deaths on gang violence. The week before that, journalist Ernesto Mendez was killed in the central state of Guanajuato in a store he owned.

Article 19 said attacks on journalists have spiked under President Andres Manuel Lopez Obrador, with 34 media workers killed since he took office in December 2018.