Advertisement
Home / World / Brexit: May challenges EU leaders to come up with plans

Brexit: May challenges EU leaders to come up with plans 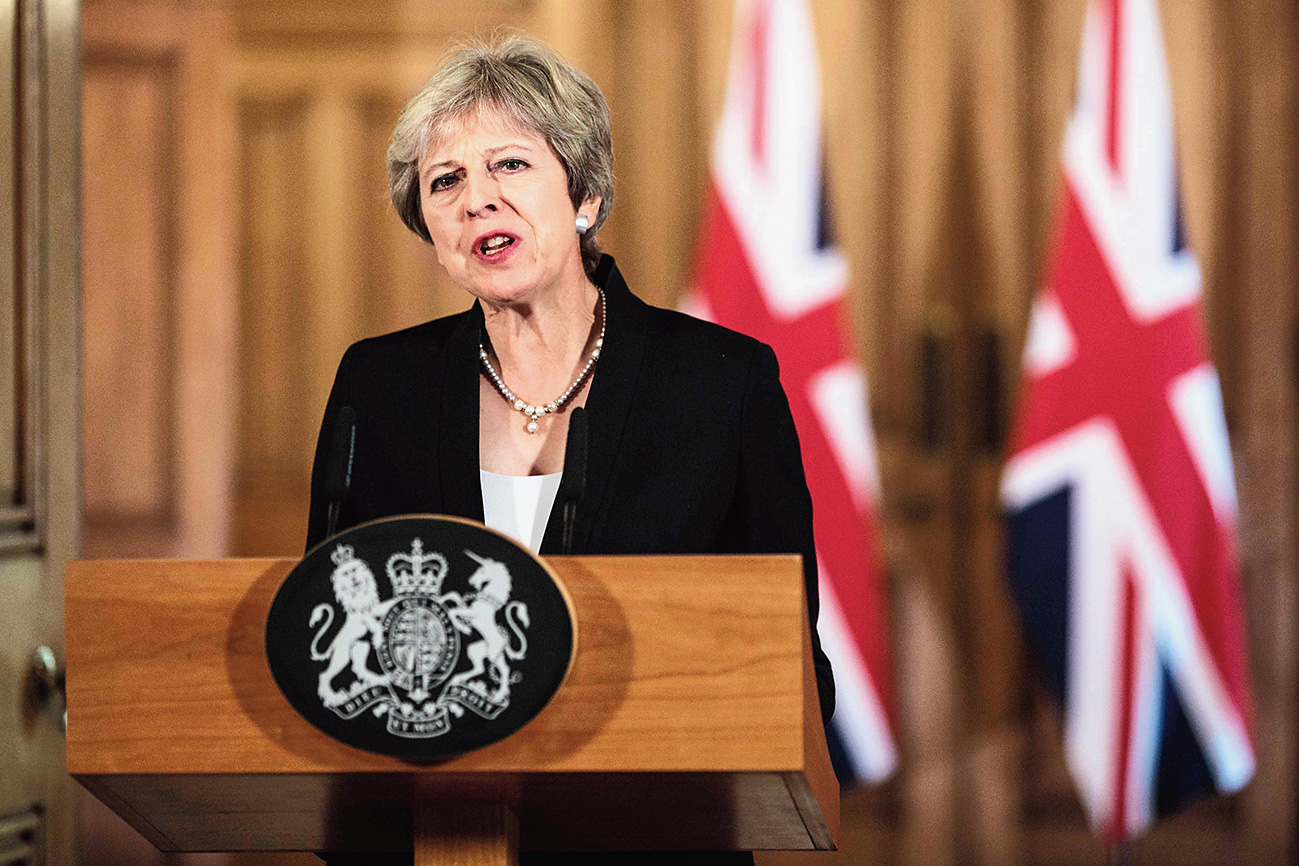 British Prime Minister Theresa May said on Friday that Brexit talks with the European Union had hit an impasse, defiantly challenging the bloc to come up with its own plans a day after EU leaders savaged her proposals.

At a summit in Austria on Thursday, EU leaders rejected May’s “Chequers” plan, saying she needed to give ground on trade and customs arrangements for the UK border with Ireland.

The British media said the response had left her proposals in tatters, and May angrily struck back in a televised address from her Downing Street office, saying neither side should expect the impossible from the other.

“Throughout this process, I have treated the EU with nothing but respect,” May said. “The UK expects the same. A good relationship at the end of this process depends on it.”

Sterling extended its losses as May spoke, falling to as low as $1.3053, and was down around 1.5 per cent on the day, putting it on course for its biggest one-day drop this year, over growing fears Britain could leave the EU without any deal.

May has said the Chequers proposals for trade with the EU, which would resolve arguments over the border of Northern Ireland with the Irish Republic, were the only way forward. EU leaders in Salzburg repeated their view that the plans would undermine their cherished single market.

After the summit, EU leaders said they would push for an agreement next month, but both sides have warned they are planning for a no-deal scenario.

“It’s not acceptable to simply reject the other side’s proposals without a detailed explanation and counter-proposals,” May said. “So we now need to hear from the EU what the real issues are, what their alternative is, so that we can discuss them. Until we do, we cannot make progress.”

May, who commands a majority in parliament only with the support of a small pro-Brexit Northern Irish party, said she could not agree to any deal which treated Northern Ireland differently to the rest of the UK.

The EU insists that there can be no hard border between the British province and the Irish Republic, with Northern Ireland remaining in the bloc’s customs union or effectively establishing a border in the Irish Sea if no alternative deal is reached.

“I will not overturn the result of the referendum, nor will I break up my country,” she said.“We need serious engagement on resolving the two main problems in the negotiations and we stand ready.”

However, she said no matter what happened, the rights of three million EU citizens living in the UK would be protected.