If no agreement can be found, euro zone’s second biggest economy to face political paralysis 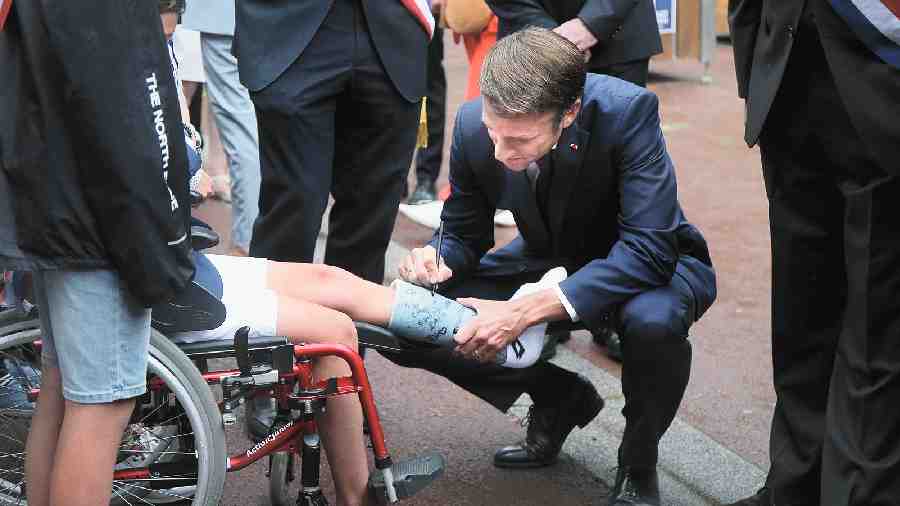 French President Emmanuel Macron’s centrist camp scrambled on Monday to seek support from parliamentary rivals in order to salvage some of his reform agenda and avoid political paralysis, after voters punished them in a legislative election.

While Macron’ s“Ensemble” grouping secured the largest number of lawmakers in the 577-seat National Assembly, it fell well short of an absolute majority in a vote on Sunday that saw a Left-wing alliance and the far-Right perform very strongly.

There is no script in France for how things should unfold. “It’s going to be complicated,” government spokeswoman Olivia Gregoire told France Inter radio. “We’re going to have to be creative.

“What I fear most is that this country be blocked,” she added. Macron himself has yet to comment on the election result.

One key question is whether he will try to strike a coalition deal with the conservative Les Republicains — who have for now rejected that option — or enter into messy negotiations with opponents on a bill-by-bill basis.

“We will try to bring others on board with us, especially to convince the few moderates in parliament to follow us,” Gregoire said, adding that Macron is set to reshuffle his government in the coming days.

If no agreement can be found, the euro zone’s second biggest economy faces political paralysis.

Parliament is fragmented, with a broad Left-wing alliance and, diametrically opposed to it, the largest far-Right group ever elected. If Macron cannot find enough support to make things work, France may face snap elections down the line.

A first major test will be a cost-of-living bill which Gregoire said the government will put to lawmakers in eight days.  Over the summer, proposals on renewable energy will test the solidity of Jean-Luc Melenchon’s broad Leftist alliance, which is divided over nuclear power.

Gunmen killed eight people and kidnapped 38 others in an attack on two churches in the northern state of Kaduna on Sunday, an official from the Christian Association of Nigeria (CAN) said on Monday, weeks after a similar deadly attack in the south west.

The attack occurred during the morning service of a Catholic and Baptist church on Sunday, Reverend Danlami Gajere, CAN chairman for Kasuwan Magani ward in Kaduna state, told Reuters by phone. The state police spokesperson and Kaduna’s commissioner for internal security did not immediately respond to a request for comment.