Killers fled towards Bara area where police operation is underway against the terrorists: Peshawar police chief 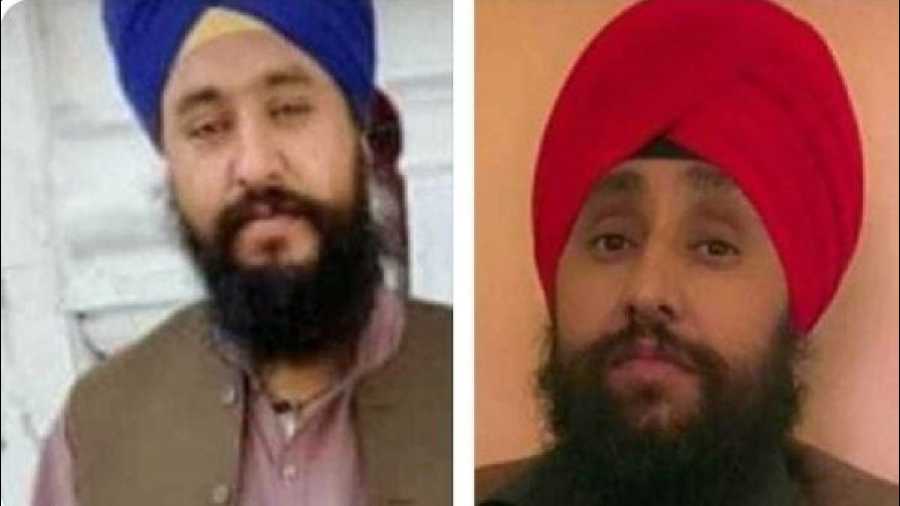 The brutal killing of two Sikh traders by the Islamic State terrorists has saddened the people of northwest Pakistan's restive Khyber Pakhtunkhwa province and sparked protests by the community members as well as locals who demanded protection for minorities in the country.

The victims were in the business of spices and had shops in the Bata Tal bazaar in Sarband, about 17 kms from Peshawar. The Islamic State's Khorasan unit (ISKP) claimed via its propaganda news service 'Amaaq' that it carried out the attack targeting two Sikhs in Peshawar. The ISKP is an affiliate of the Islamic State (IS) active in South Asia and Central Asia.

On Monday, Sikh community members were joined by local people who held a protest outside the Assembly building and blocked main GT Road in the city carrying banners seeking protection for minorities in the Muslim-majority country.

Police have registered a case of target killings and terrorism.

Peshawar police chief Ijaz Khan held a meeting with the representatives of the Sikh community and assured them full protection. The city police chief said the killers fled towards the Bara area where police operation is underway against the terrorists.

The incident is also trending on social media in Peshawar. A local resident, Iqbal Khan, wrote on Twitter that "the killings of two Sikh traders have bowed our heads in shame". Some people demanded immediate and quick justice for the affected families.

About 15,000 Sikhs live in Peshawar, mostly in the Jogan Shah neighbourhood of the provincial capital Peshawar. Most of the members of the Sikh community in Peshawar are involved in business, while some also have pharmacies.

This is the second big attack on Sikhs in the last eight months. In September last year, a well-known Sikh hakeem' (Unani medicine practitioner) was shot dead by unidentified gunmen inside his clinic in Peshawar. At least 12 Sikhs have been killed during the last few years in the province.

The Ahmadis, Sikhs and Parsis are also among the notable religious minorities in Pakistan.

Sunday's attack drew strong condemnation from India, which asked Pakistan to sincerely investigate the brutal killing of the two Sikh traders and take strict action against those responsible for the "shocking" and "deplorable" incident.

External Affairs Ministry spokesperson Arindam Bagchi said India has registered its "strong protest" with Pakistan on the continued "targeting" of members of the minority community in that country.

Chief Minister of Punjab state Bhagwant Mann and leaders of other parties in the state also asked the Centre to raise with the neighbouring country the issue of the safety of minority community members living there.