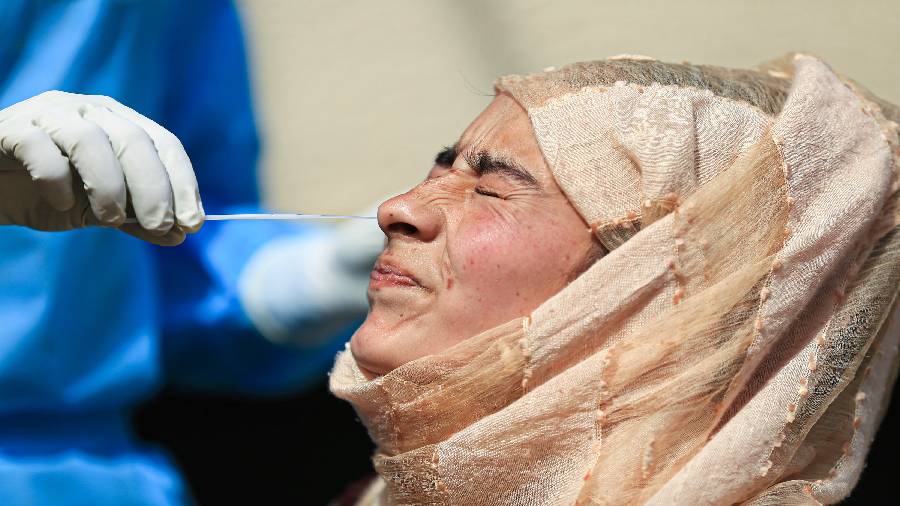 The latest coronavirus variant dubbed Omicron XE is more contagious than previous ones, but it is unlikely to cause a new wave of the pandemic, a top Russian expert has said.

The World Health Organisation (WHO) has issued a warning against XE, a new variant of Omicron first detected in the UK. It has suggested that it could be more transmissible than any Covid strain so far. XE is a combination or recombinant of both sub-variants (BA.1 and BA.2) of Omicron.

Kamil Khafizov, head of a group working on new methods to diagnose human diseases at the sanitary watchdog's Central Scientific Research Institute of Epidemiology, was quoted by the official TASS news agency as saying that the "new variant will be a bit more transmissible than all the previous strains".

Quoting experts, he said the XE variant is likely to cause about a "10 per cent rise in contagiousness. However, the thing to note is that a lot of people contracted the virus and recovered from it between January and March, which created a very strong herd immunity," he stressed.

"More proof of that is the fact that four out of five new cases in the country are currently being caused by the BA.2 stealth Omicron' variant, which was the most contagious," he revealed, adding that the number of new patients, however, remained at a bare minimum. He said that another ten per cent rise in transmissibility would hardly create more problems as people were "not falling sick in large numbers with the very contagious stealth Omicron' strain spreading widely".

"It will unlikely cause a new wave of infections per se, the expert added. According to Khafizov, the recombinant variant of the Omicron XE strain consists of fragments of the BA.1 and BA.2 sub-lines, with most of its genome related to BA.2 or stealth Omicron, which was earlier declared the most contagious of all by the WHO.