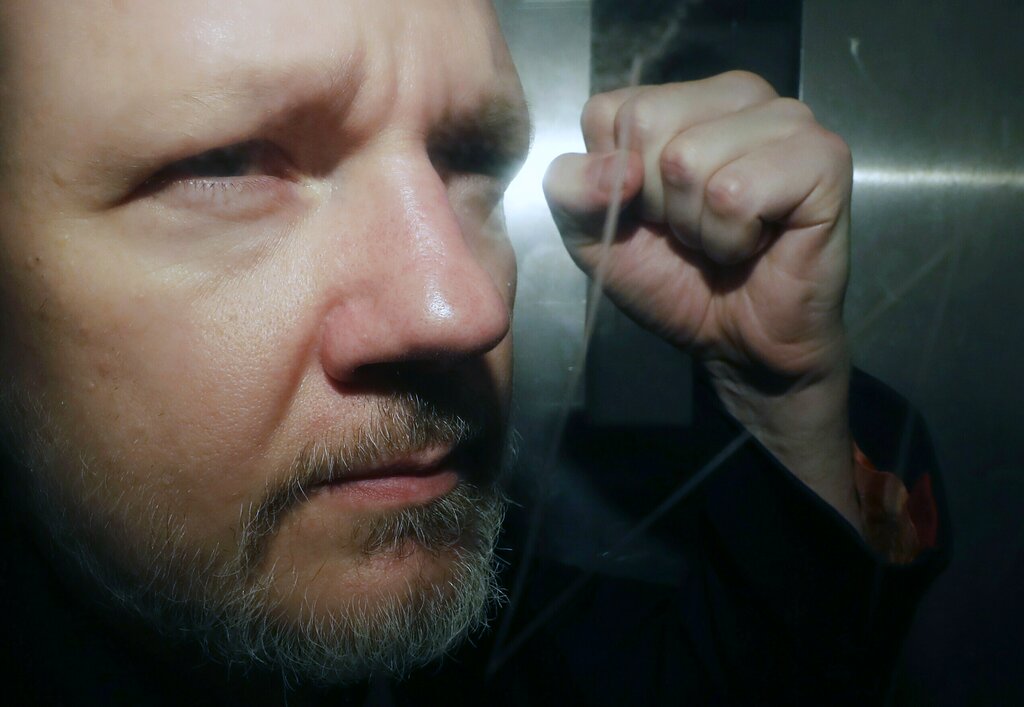 WikiLeaks' founder Julian Assange is facing a court hearing over a US request to extradite him for alleged computer hacking.

Assange is expected to appear by video link from prison for Thursday's hearing at London's Westminster Magistrates' Court.

The 47-year-old Australian is serving a 50-week prison sentence for jumping bail in 2012 and holing up in the Ecuadorian Embassy in London. At the time, he was facing extradition to Sweden for questioning over alleged sex crimes.

Lawyers say Assange will fight extradition to the US, where authorities have charged him with conspiring to break into a Pentagon computer system.

WikiLeaks editor-in-chief Kristinn Hrafnsson said on Wednesday that the extradition battle was 'a question of life and death' for Assange.