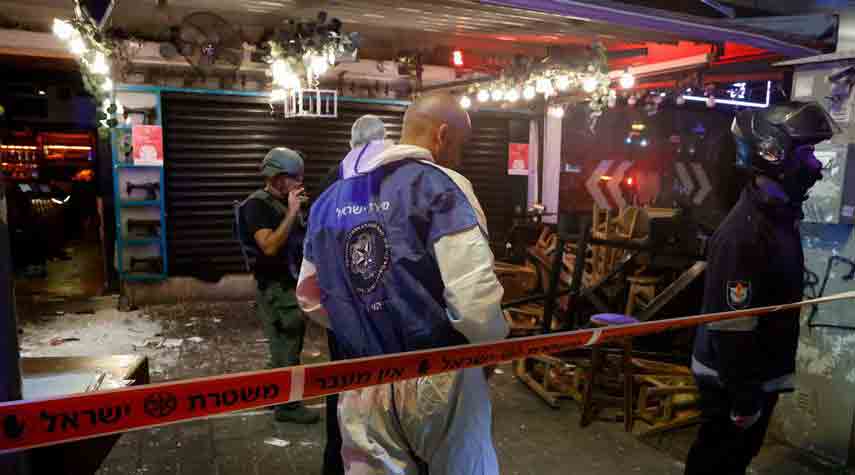 Thursday's attack is the most recent case in a surge of violence across the country
Deutsche Welle
Deutsche Welle   |   Published 08.04.22, 03:06 PM

Israeli police on Friday killed a Palestinian man who shot dead at least two people at a crowded bar in Tel Aviv on Thursday.

Several others were injured in the attack, the city's Ichilov hospital reported.

Israeli public radio said the attacker was in his 20s and from Jenin, in the north of the Israeli-occupied West Bank.

"So far, 10 wounded have arrived at the trauma room of Ichilov Hospital. But, unfortunately, despite the doctors' efforts, two of the  wounded died," the hospital said in a statement. The hospital also said another victim was in critical condition.

Police had already called the incident a terrorist attack.

What do we know about the shooting?

Israeli emergency services said the shooting took place in the Dizengoff Street area, one of the busiest in the city, which is popular with people going to bars and restaurants.

Mayor Ron Huldai said the shooter entered a crowded bar and opened fire. Images of the shooting showed shattered glass on the ground.

Prime Minister Naftali Bennett also received updates from the Israeli Defense Force (IDF) headquarters in the city, according to the newspaper Times of Israel.

The shooting comes days after a spate of attacks across the country claimed 11 lives. The popular nightlife area on Dizengoff Street was the scene of a deadly shooting in 2016.