Tension increased this week in the Gaza strip, after Donald Trump unrolled his plan, which hugely favors Israel 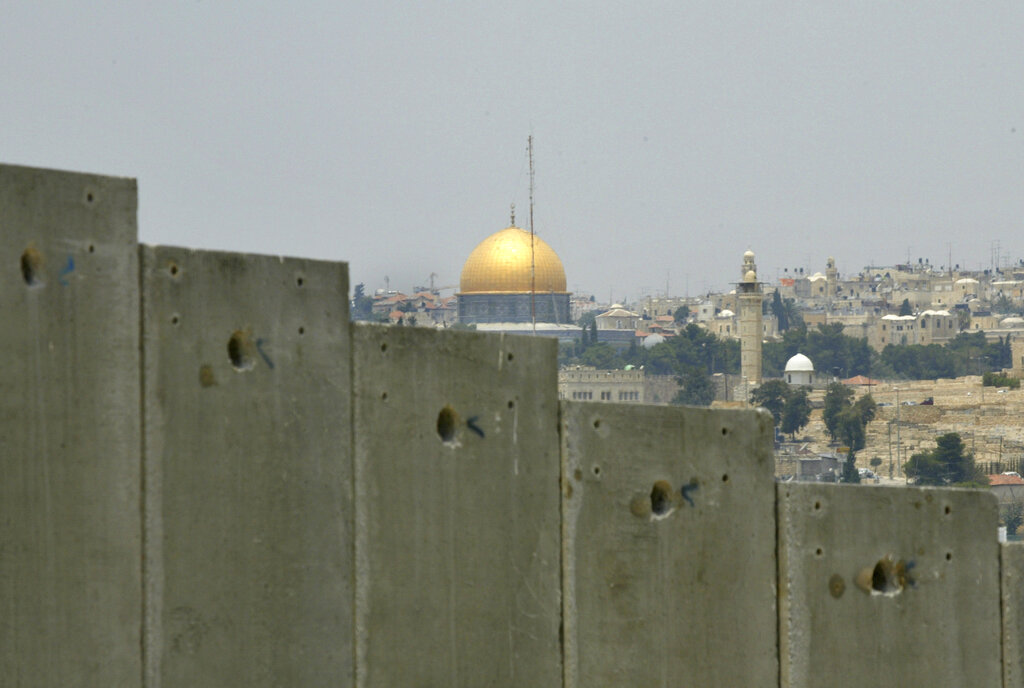 File photo of the golden shrine of the Dome of the Rock in Jerusalem's Old city, that can be seen behind a section made of concrete walls of the controversial separation barrier Israel is building in the village of Abu Dis in the outskirts of Jerusalem.
AP
AP   |   Jerusalem   |   Published 05.02.20, 08:53 AM

Israel struck Hamas militant targets in Gaza early Wednesday in response to rocket fire toward Israeli communities overnight, the military said, the latest flare-up following the release of the Trump administration's Mideast plan, which has been fiercely rejected by the Palestinians.

The military said it targeted a Hamas weapons manufacturing site and that no one was wounded. The exchange comes amid an uptick in cross-border rocket and 'explosive balloon' launches from the Hamas-controlled territory, as well as violent protests in the West Bank.

The Gaza Strip has been relatively calm in recent months as part of an informal truce between its Hamas rulers and Israel, but tension increased this week, after President Donald Trump unrolled his plan, which hugely favors Israel.

Under the plan, Israel would be allowed to annex all Jewish settlements in the West Bank, as well as the strategic Jordan Valley. The Palestinians were offered limited self-rule in Gaza, parts of the West Bank and some sparsely populated areas of Israel in return for meeting a long list of conditions. The Palestinians, as well as much of the international community, view the settlements in the West Bank and annexed east Jerusalem — territories seized by Israel in the 1967 war — as illegal and a major obstacle to peace.

Hamas had recently curbed rocket fire from Gaza and rolled back weekly protests along the frontier that had often turned violent. In return, Israel eased the blockade it imposed on Gaza after the Islamic militant group seized power from forces loyal to the Palestinian Authority in 2007.

Hamas rejected the Trump plan and vowed that “all options are open” in responding to the proposal, but the group is not believed to be seeking another war with Israel.

In the West Bank, Palestinians have held scattered protests in recent days condemning the Trump initiative, burning U.S. and Israeli flags and portraits of Trump and Israeli Prime Minister Benjamin Netanyahu. Firebombs have been hurled at Israeli troops, with one exploding on a solider, who was only lightly wounded. The Israeli military has thus far instructed its troops to “contain” the protests and not respond forcefully, for fear that any Palestinian casualties would set off further violence.

Following the latest rocket fire, the military said it viewed the incident with “great severity and is prepared for various scenarios.”