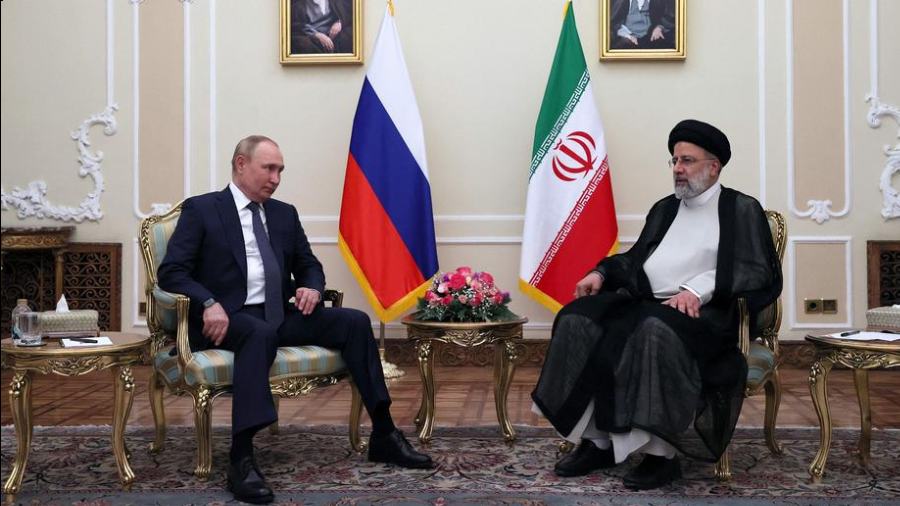 Russia’s President, Vladimir V. Putin, arrives in Iran on Tuesday for a rare international visit that emphasises how the two countries are becoming more aligned amid their isolation from Europe and the US.

Officials have said in recent days that sanctions have pushed them closer together. In an interview with an Iranian broadcaster ahead of Putin’s visit, his spokesman, Dmitri S. Peskov, evoked the history of 16th-century diplomacy between Russia and Persia to set the scene for what he promised would be a new era of friendship between Tehran and Moscow. Peskov said Iran and Russia could soon sign a treaty on strategic cooperation, expanding their collaboration in banking and finance, and moving away from using the dollar to denominate their trade.

Mohammadreza Pourebrahimi, the head of the economic committee in the Iranian parliament, called increasing such measures a priority for both countries. “Sanctions imposed by the US and Europe on Russia have made it more of a necessity for Iran and Russia to cooperate,” he said on Monday.

The Kremlin is eager to show the world — and its own people — that it still has friends, despite the global opprobrium over the war in Ukraine. That is giving Iran a new opportunity to stimulate its sanctions-starved economy, with Russian businesses that had been focused on trade with the West now racing to find new markets and suppliers. Restoration of the 2015 Iran nuclear deal still appears to be far off.