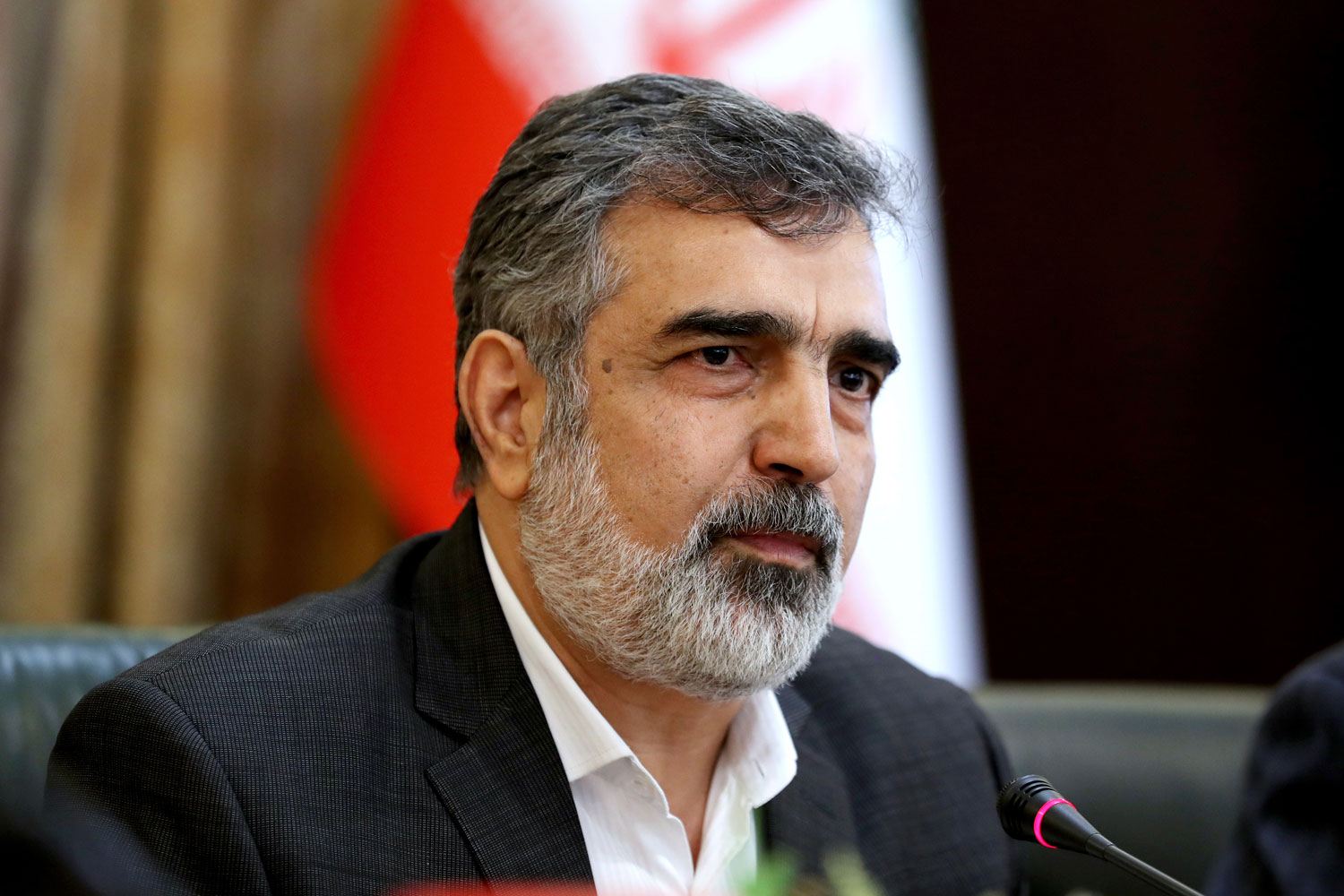 Iran announced Sunday it will raise its level of uranium enrichment, breaking another limit of its unraveling 2015 nuclear deal with world powers and further heightening tensions with the U.S.

Officials also said the next step impacting Iran's compliance with the deal would be taken in 60 days. They did not elaborate.

At the same time, Iran was signaling openness to last-minute efforts to save the faltering deal. Deputy Foreign Minister Abbas Araghchi said Sunday that discussions with European powers are continuing and that ministerial-level talks are planned later this month.

On Saturday, French President Emmanuel Macron told his Iranian counterpart, Hassan Rouhani, in a phone call that he is trying to find a way by July 15 to resume the dialogue between Iran and Western partners.

Sunday's announcement about uranium enrichment came a year after President Donald Trump unilaterally withdrew from the deal. Iran has repeatedly warned Europe in recent weeks that it would begin walking away from an accord neutered by a maximalist American campaign of sanctions.

Hopes for saving the faltering deal appear increasingly dim, as the Europeans have been unable to offer Iran any effective way around U.S. sanctions that block Tehran's oil sales abroad and targeted its top officials.

At the same time, Iran's recent measures, while of concern to nuclear non-proliferation experts, could be easily reversible if Europeans offer Iran the sanctions relief it seeks.

Iran has ruled out re-negotiating the 2015 deal in any new diplomatic efforts. Iran's deputy foreign minister said Sunday that the U.S. can join any renewed talks, but must lift sanctions on Iran first.

Tensions began rising in May when the U.S. rushed thousands of additional troops, an aircraft carrier, nuclear-capable B-52 bombers and advanced fighter jets to the Mideast.

Mysterious oil tanker blasts near the Strait of Hormuz, attacks by Iranian-backed rebels in Yemen on Saudi Arabia and Iran shooting down a U.S. military drone have raised fears of a wider conflict engulfing a region crucial to global energy supplies.

In Sunday's news conference, Iranian officials said the new level of uranium enrichment would be reached later in the day, but did not provide a percentage.

Government spokesman Ali Rabiei said the new level 'will be based on our needs.' Under the nuclear deal, the cap for enrichment had been set at 3.67%.

Officials said details of Iran's plan for going beyond the 3.67% limit will be sent in a letter by Iranian Foreign Minister Mohammad Javad Zarif to EU foreign policy chief Federica Mogherini.

The United Nations' nuclear watchdog, the International Atomic Energy Agency, said it was aware of Iran's comments and 'inspectors in Iran will report to our headquarters as soon as they verify the announced development.'

The decision to ramp up uranium enrichment came less than a week after Iran acknowledged breaking the deal's 300-kilogram (661-pound) limit on its low-enriched uranium stockpile.

Experts warn higher enrichment and a growing stockpile narrow the one-year window Iran would need to have enough material for an atomic bomb, something Iran denies it wants but the deal prevented.

'We prefer to announce the third step after a 60-day deadline and in an appropriate time,' Aragchi said without elaborating

Enriched uranium at the 3.67% level is enough for peaceful pursuits but is far below weapons-grade levels of 90%.

Iran denies it seeks nuclear weapons, but the nuclear deal sought to prevent that as a possibility by limiting enrichment and Iran's stockpile of uranium.

The spokesman for Iran's nuclear department, Behrouz Kamalvandi, said Sunday that technical preparations for the new level of enrichment will be completed 'within several hours and enrichment over 3.67% will begin.'

He says monitoring will show the increased level by Monday morning.

International reaction came swiftly, including from Israeli Prime Minister Benjamin Netanyahu, who long has described Iran and its nuclear program as a threat to his country. He called on world powers to impose 'snapback sanctions' on Iran.