What started as protest over fuel prices turned into widespread demonstrations 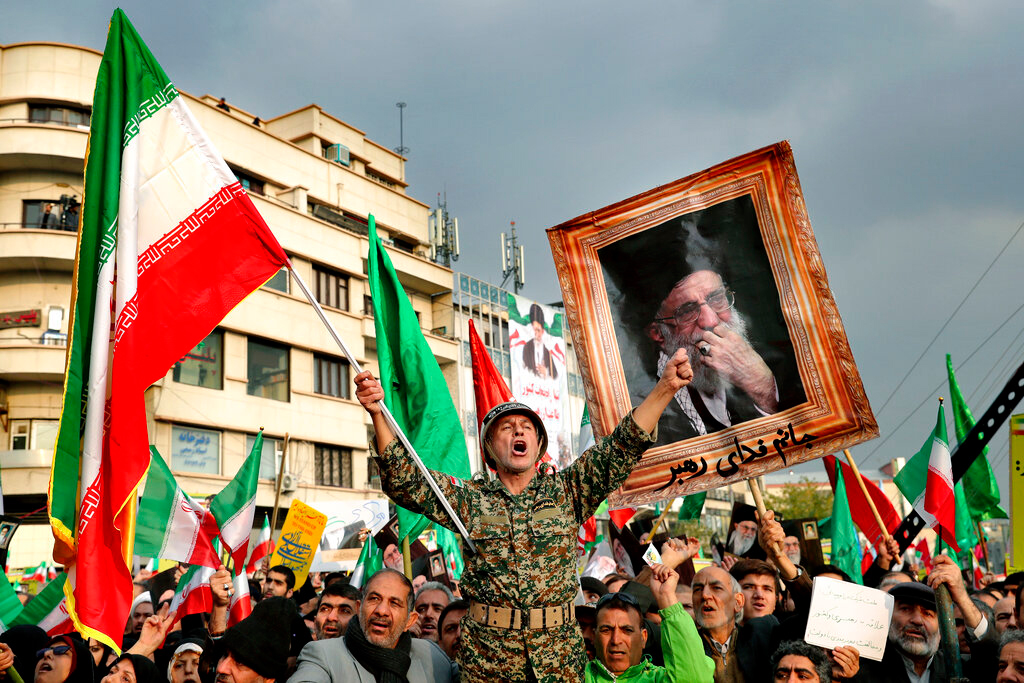 Iran is experiencing its deadliest political unrest since the Islamic Revolution 40 years ago, with at least 180 people killed — and possibly hundreds more — as angry protests have been smothered in a government crackdown of unbridled force.

It began two weeks ago with an abrupt increase of at least 50 per cent in fuel prices. Within 72 hours, outraged demonstrators in cities large and small were calling for an end to the Islamic Republic’s government and the downfall of its leaders.

In many places, security forces responded by opening fire on unarmed protesters, largely unemployed or low-income young men between the ages of 19 and 26, according to witness accounts and videos.

In the southwest city of Mahshahr alone, witnesses and medical personnel said, Islamic Revolutionary Guards Corps members surrounded, shot and killed 40 to 100 demonstrators — mostly unarmed young men — in a marsh where they had sought refuge.

“The recent use of lethal force against people throughout the country is unprecedented, even for the Islamic Republic and its record of violence,” said Omid Memarian, the deputy director at the Center for Human Rights in Iran, a New York-based group.

Altogether, from 180 to 450 people, and possibly more, were killed in four days of intense violence after the fuel price increase was announced on November 15, with at least 2,000 wounded and 7,000 detained, according to international rights organisations, Opposition groups and local journalists.

The last enormous wave of protests in Iran — in 2009 after a contested election, which was also met with a deadly crackdown — left 72 people dead over a much longer period of about 10 months.

Only now, nearly two weeks after the protests were crushed — and largely obscured by an Internet blackout in the country that was lifted recently — have details corroborating the scope of killings and destruction started to dribble out.

The latest outbursts not only revealed staggering levels of frustration with Iran’s leaders, but also underscored the serious economic and political challenges facing them, from the Trump administration’s onerous sanctions on the country to the growing resentment towards Iran by neighbours in an increasingly unstable West Asia.

The fuel price increase, which was announced as most Iranians had gone to bed, came as Iran is struggling to fill a yawning budget gap. The Trump administration sanctions, mostly notably their tight restrictions on exports of Iran’s oil, are a big reason for the shortfall.

Most of the nationwide unrest seemed concentrated in neighbourhoods and cities populated by low-income and working-class families, suggesting this was an uprising born in the historically loyal power base of Iran’s post-revolutionary hierarchy.

Many Iranians, stupefied and embittered, have directed their hostility directly at the supreme leader, Ayatollah Ali Khamenei, who called the crackdown a justified response to a plot by Iran’s enemies at home and abroad.

In a statement posted on Saturday on an Opposition website, Moussavi, who has been under house arrest since 2011 and seldom speaks publicly, blamed the supreme leader for the killings. He compared them to an infamous 1978 massacre by government forces that led to the downfall of Shah Mohammed Reza Pahlavi a year later, at the hands of the Islamic revolutionaries who now rule the country.