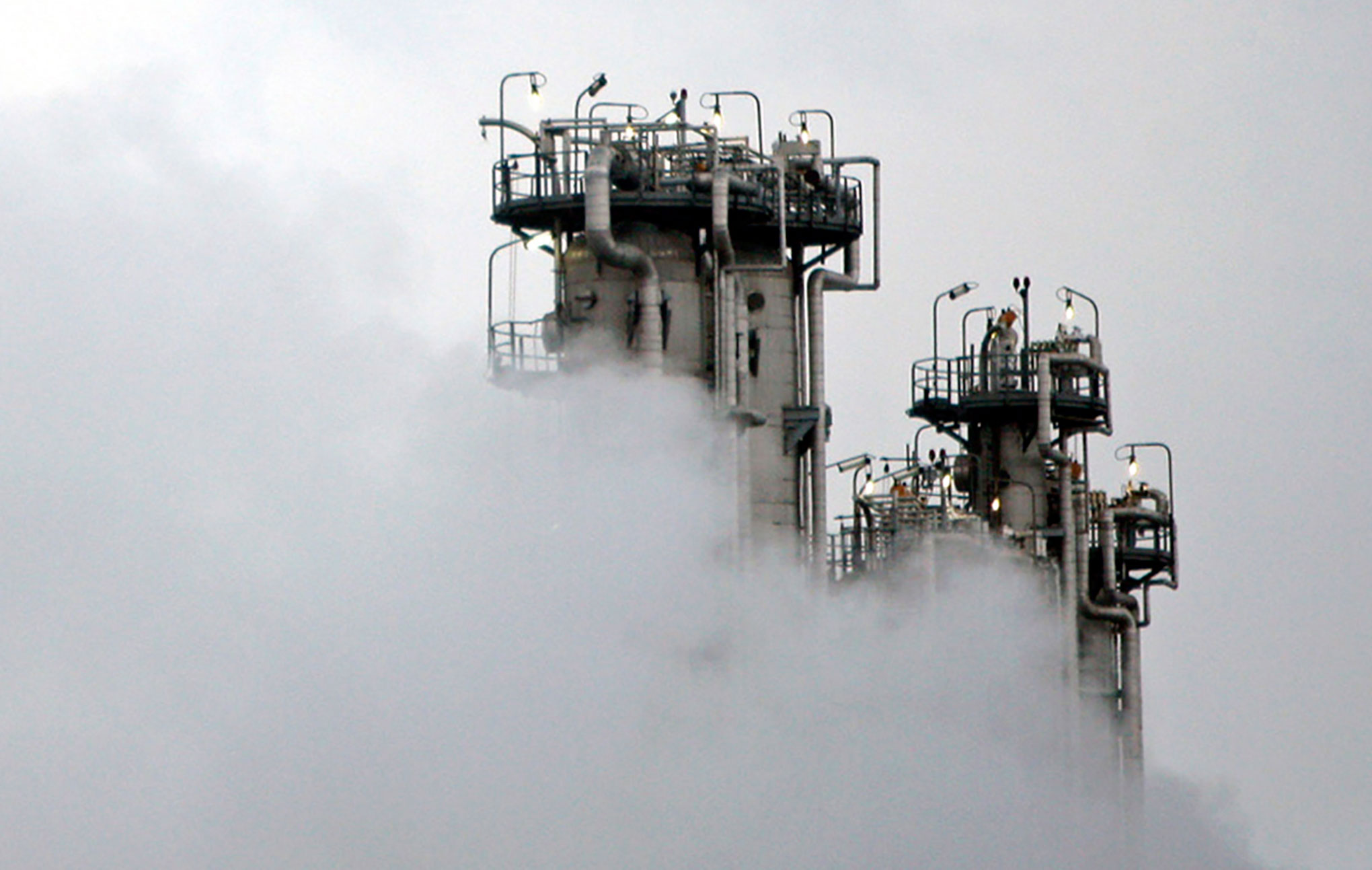 A part of the heavy water nuclear facilities in Arak, 320km southwest of Tehran. Heavy water is used as a moderator and coolant in nuclear power as well as research reactors.
(AP file picture)
Reuters   |   Dubai   |   Published 07.07.19, 09:25 PM

Iran announced on Sunday it would shortly boost its uranium enrichment above a cap set by a landmark 2015 nuclear deal, a major breach likely to draw a tougher reaction from US President Donald Trump who has pressured Tehran to renegotiate the pact.

In a sign of heightening tensions, France, Germany and Britain — all parties to the deal — expressed concerns over Tehran’s decision. The European Union strongly urged Iran to stop actions that would undermine the pact, saying it was in touch with other parties and may set up a joint commission to examine the issue.

In a news conference, senior Iranian officials said Tehran would keep reducing its commitments every 60 days, unless European signatories of the pact protect it from US sanctions imposed by Trump.

“We are fully prepared to enrich uranium at any level and with any amount,” said Behrouz Kamalvandi, spokesman for Iran’s Atomic Energy Organisation. “In a few hours the technical process will come to an end and the enrichment beyond 3.67 per cent will begin,” he said, referring to the limit set in the 2015 agreement.

Israeli Prime Minister Benjamin Netanyahu said the step was dangerous and again called on Europe to impose punitive sanctions on Tehran, raising the prospect of fresh regional tensions. “The enrichment of uranium is made for one reason and one reason only — it’s for the creation of atomic bombs,” he said.

Tehran shows no sign of caving in to pressure from Trump in a confrontation that has taken on a military dimension, with Washington blaming Tehran for attacks on oil tankers, and Iran shooting down a US drone, prompting aborted American air strikes.

The Europeans, who object to Trump’s withdrawal from the deal last year, have so far failed to salvage the pact by shielding Iran’s limping economy from US sanctions.

French President Emmanuel Macron condemned Iran’s decision as a “violation” of the pact from which the US pulled out of last year.

Iran did leave some room for negotiations.

All measures taken by Iran to scale back its commitments to the nuclear deal were “reversible” if the European signatories of the pact fulfilled their obligations, foreign minister Mohammad Javad Zarif tweeted on Sunday.

The Iran nuclear deal dispute resolution mechanism will not be triggered for now, said a source at Macron’s Elysee office. The French government is giving itself until July 15 to try to get all parties talking again.

Under that so-called snapback, if a series of steps designed to resolve differences fails, sanctions in all previous UN resolutions would be re-imposed. Inspectors from the UN nuclear watchdog who are in Iran will report back once they have checked that Tehran has enriched uranium to a higher level of purity than that allowed under its nuclear deal, the agency said

Daniel Byman, senior fellow for foreign policy at the Brookings Institution, said Iran was engaged in a tricky balancing act. The step is meant to show domestic audiences that Iran is standing up to US pressure. It is also meant to convey a sense of risk to European audiences that Iran may provoke a crisis, he said.

Under the pact, Iran can enrich uranium to 3.67 per cent fissile material, well below the 20 per cent it was reaching before the deal and the roughly 90 per cent suitable for a nuclear weapon.

Kamalvandi said Iran would enrich uranium for use in fuelling its Bushehr power plant, to the level of 5 per cent.

Iran has expressed frustration over what it says is the failure of parties to the agreement to salvage the pact — signed along with Britain, China, France, Germany and Russia — by protecting Iran’s economic interests from US sanctions.

“European countries have failed to uphold their commitments and they are also responsible,” Abbas Araqchi, Iran’s senior nuclear negotiator, told the news conference in Tehran. “The doors of diplomacy are open but what matters are new initiatives which are required.”

Under the 2015 deal between Iran and the six powers, most international sanctions against Tehran had been lifted in return for limitations on its nuclear work.