Scholars stuck between pandemic exposure and completion of courses 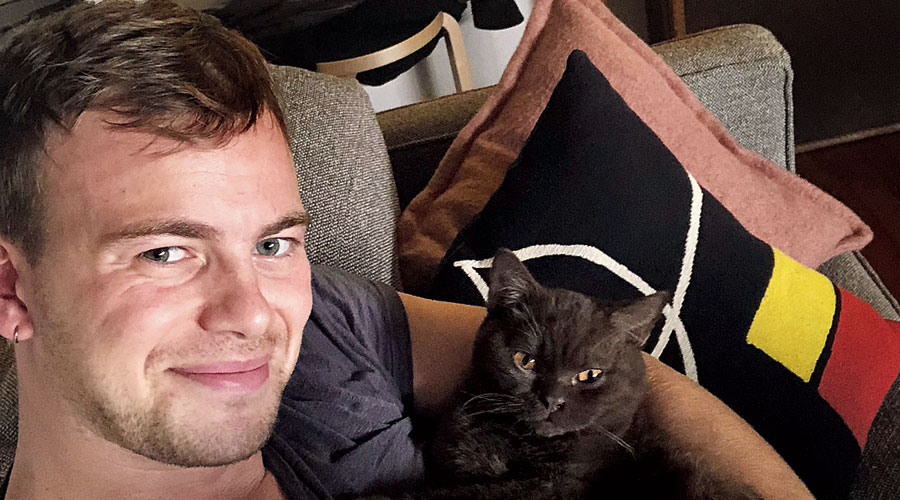 Mathias with his cat in Seattle. International students like Mathias feel that they are stuck between being unnecessarily exposed during the pandemic and being able to finish their studies in America.
Mathias via AP
AP   |   Phoenix   |   Published 11.07.20, 02:01 AM

International students worried about a new immigration policy that could potentially cost them their visas say they feel stuck between being unnecessarily exposed during the coronavirus pandemic and being able to finish their studies in America.

The students from countries as diverse as India, China and Brazil say they are scrambling to devise plans after federal immigration authorities notified colleges this week that international students must leave the US or transfer to another college if their schools operate entirely online this autumn.

Some say they are thinking about returning home or moving to nearby Canada.

“I’m generating research, I’m doing work in a great economy,” said Batuhan Mekiker, a Ph.D. student from Turkey studying computer science at Montana State University in Bozeman. He’s in the third year of a five-year programme. “If I go to Turkey, I would not have that,” he said. “I would like to be somewhere where my talent is appreciated.”

Mathias, a Seattle-based student who spoke on condition his last name not be used for fear of losing his immigration status, said he is set to sell his car, break his lease, and get his cat Louis permission to fly back to his home in Paris in the next two weeks. “Everyone’s very worried,” he said. “We have our whole lives here.”

Many American universities have come to depend on the revenue from more than 1 million international students, who typically pay higher tuition.

President Donald Trump has insisted that schools and colleges return to in-person instruction as soon as possible — and some universities have accused the administration of issuing the guidelines to force the schools into reopening.

Trump has alleged that schools are being kept closed for political reasons.

Harvard University and the Massachusetts Institute of Technology filed a lawsuit this week to block the decision.

The guidance was released the same day Harvard announced it would keep all undergraduate classes online this autumn and several graduate schools have said they would as well. The university says the directive would prevent many of its 5,000 international students from remaining in the US.

The University of Southern California sent a letter to students and faculty, saying it is “deeply troubled” by the decision.

Like other universities, USC said it was pushing back and working to ensure students’ academic careers aren’t harmed, while exploring ways they can study in person safely if they wish. The US Chamber of Commerce said the directive could inflict “significant harm” on colleges, students, the business community and the economy.

The US state department said in a release that international students are welcome in the US, but the policy “provides greater flexibility for non-immigrant students to continue their education in the United States”.