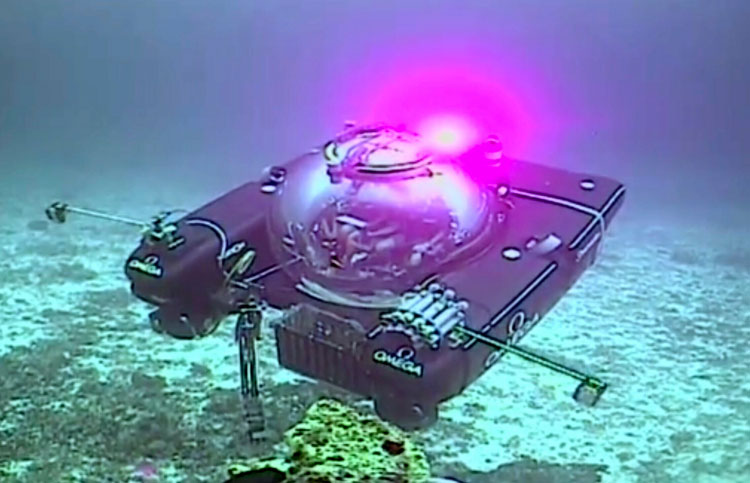 An image taken from video issued by Nekton shows a submersible from the vessel the Ocean Zephyr during a descent into the Indian Ocean off Alphonse Atoll near the Seychelles on Tuesday
Picture by AP
David Keyton And Jerry Harmer/AP   |   Published 12.03.19, 10:43 AM

A British-led scientific mission to document changes taking place beneath the Indian Ocean has broadcast its first live, television-quality video transmission from a two-person submersible.

Monsoon storms and fierce underwater currents continued to present a challenge at greater depths as scientific work began in earnest on Tuesday off the Seychelles.

The multinational team of scientists is gathering data to help policymakers frame protection and conservation measures.

Nekton Mission director Oliver Steeds said the experience battling the waves underlines the need to expand scientific knowledge of the waters off the island nation, which the team is there to do.

“The problem is, when it comes to this place, when it came to the currents, the last current data that was gathered before we came here was in 1882,” he said. “It’s part of the challenge. This is exploration.”