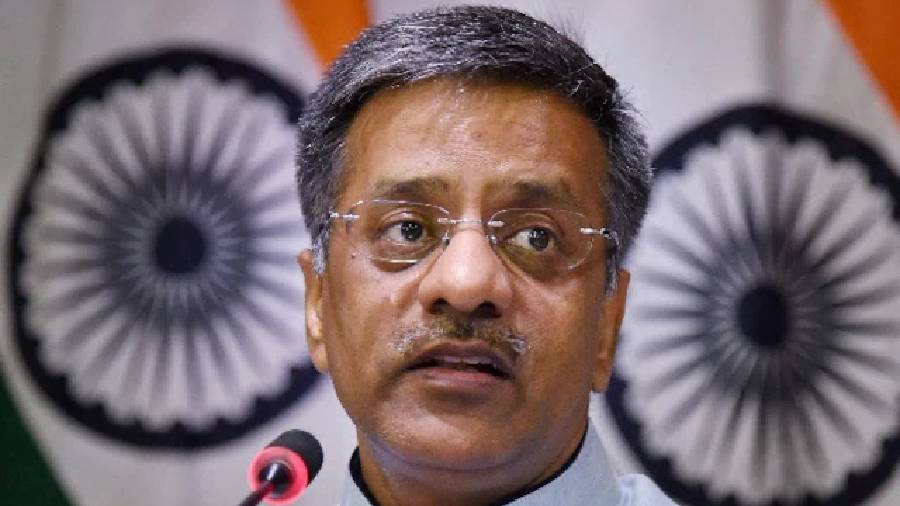 The Indian High Commissioner Gopal Baglay on Friday became the first foreign envoy to call on the new Sri Lankan Prime Minister Ranil Wickremesinghe and discussed with him the current situation in the country amid the worst economic crisis, according to sources here.

Wickremesinghe, 73, was sworn-in as Sri Lanka's 26th prime minister on Thursday to stabilise the country's debt-ridden economy and end the political turmoil.

They discussed the current situation in the country amid the ongoing economic crisis, the worst since the country gained independence in 1948.

India has committed more than USD 3 billion to debt-ridden Sri Lanka in loans, credit lines and credit swaps since January this year.

In mid-April Sri Lanka declared its insolvency by announcing its inability to meet foreign debt commitments.

Sri Lanka's economic crisis is caused in part by a lack of foreign currency, which has meant that the country cannot afford to pay for imports of staple foods and fuel, leading to acute shortages and very high prices.

The crisis has provoked widespread protests calling for political reform and the resignation of President Gotabaya Rajapaksa.

Although the protests have been overwhelmingly peaceful, the police fatally shot a protester on April 19, and on several occasions have used teargas and water cannons against protesters. The authorities have made numerous arrests and repeatedly imposed curfews.

President Rajapaksa sacked his Cabinet and appointed a younger cabinet as a response to the demand for resignation. A continuous protest opposite his secretariat has now gone on for well over a month.

On Monday, his brother Mahinda Rajapaksa resigned as the prime minister to make way for the president to appoint an interim all political party government.

Wickremesinghe said he was looking forward to having closer ties with India.

India on Thursday said it looked forward to working with the new Sri Lankan government formed in accordance with the democratic processes and New Delhi's commitment to the people of the island nation will continue.

Ranil for closer ties with India